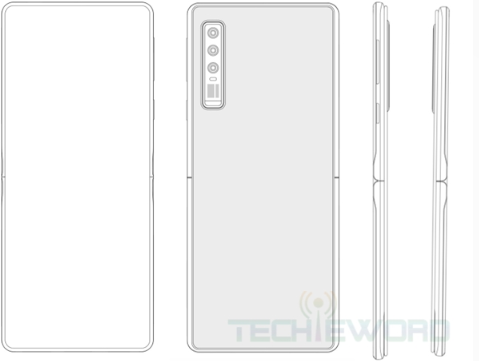 
WIPO exposed the patent for the new foldable mobile phone design that Huawei applied for. The patent shows that Huawei presents a new foldable solution. Unlike the Mate X fold, the solution uses up and down folding, and the middle of the phone has a hinge, similar to a traditional flip phone.

The patent, registered by HUAWEI TECHNOLOGIES CO. LTD and published in the Hague Bulletin no. 46/2019 reveals a vertical folding design patent by Huawei with at least three cameras at the back. The phone will have a single display on the inside that folds with the help of a hinge.

Up and down folds and left and right folds are two kinds of folding screen ideas. The former is a full-screen mobile phone form after deployment, and the latter is a tablet form.