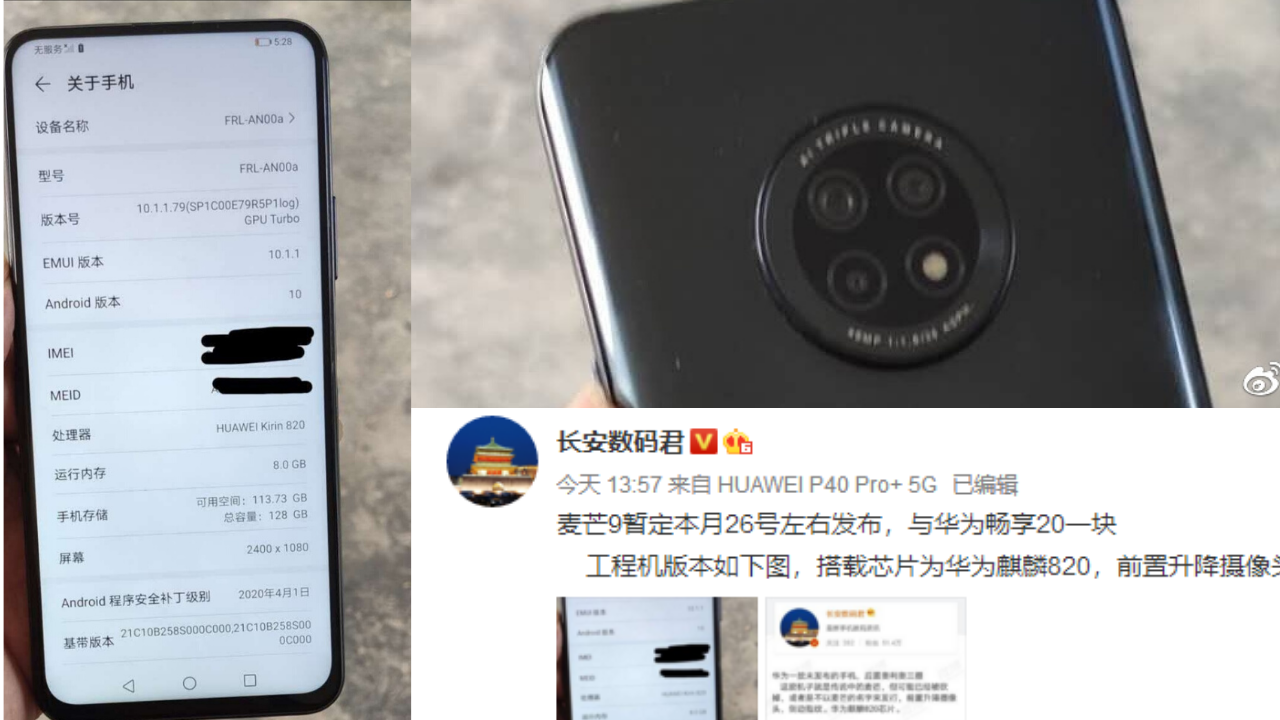 
According to the new leak from the well-known Weibo tipster Digital Jun, Huawei may launch a new smartphone called Maimang 9 on July 26, 2020, along with Huawei Enjoy 20. Earlier, the live image of this upcoming smartphone shared by the same leaker, leak suggests the device will model number FRL-AN00a may launch with Kirin 820 5G chipset, pop-up selfie camera, side fingerprint scanner, no-notch display and Android 10/EMUI 10.1 (v10.1.1.79).

Also, the smartphone will be available in 8GB RAM/128GB internal storage variant. The company has not officially confirmed anything about the launch date or specs.

Yesterday, we saw the back image of the upcoming smartphone which uses an Oreo-shaped camera (Three Camera’s) design.