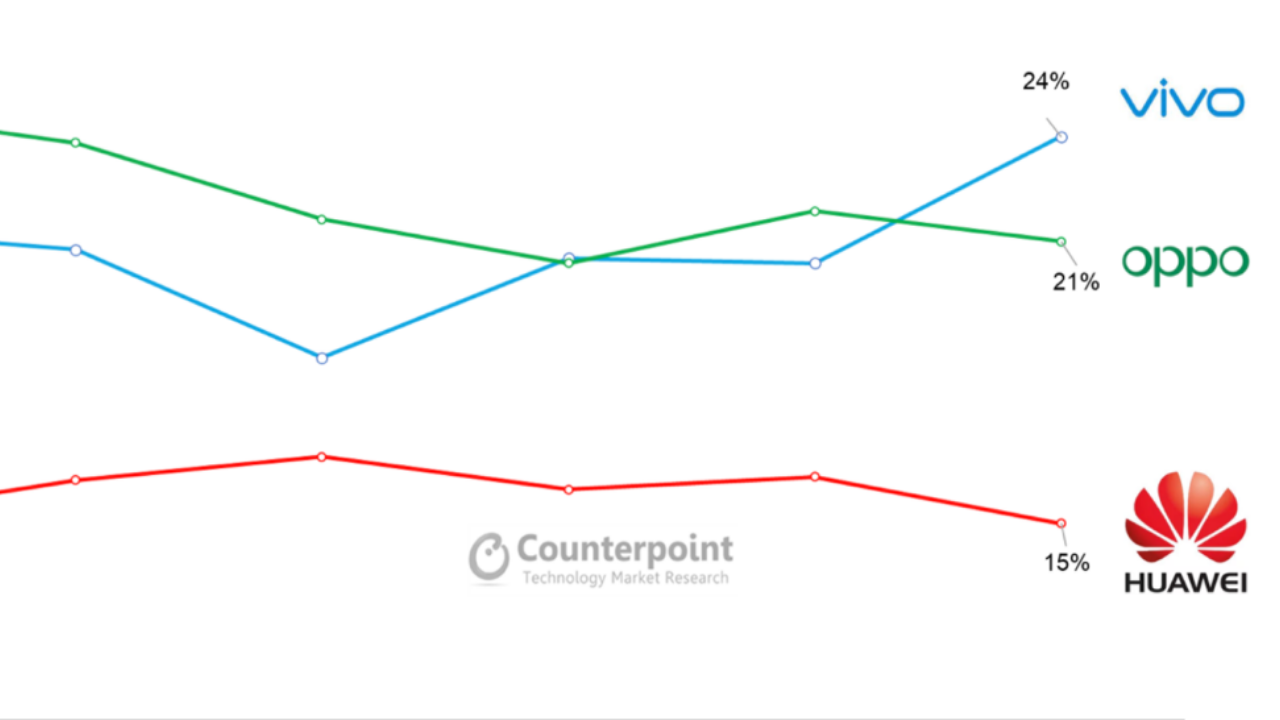 In this regard, the market research organization Counterpoint once stated in the article that the reason why vivo can achieve such an outstanding performance is mainly due to the strong sales performance of a variety of newly launched models, which helped it surpass OPPO in the 11th and 13th weeks.

Meanwhile, Huawei has recently released the 4G versions of Mate 40 Pro, Mate X2, and Nova 8 Pro in China. The pricing details are still unknown but soon the company will list them on its official platform.