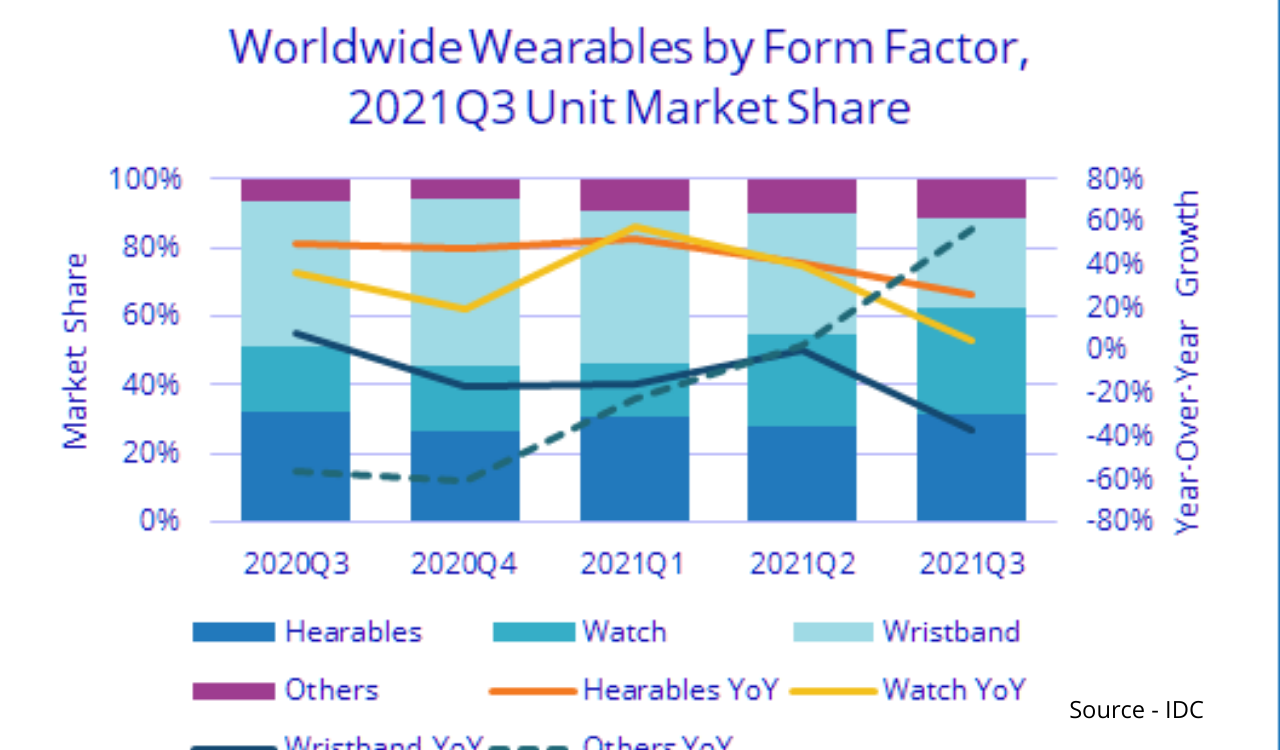 
IDC has recently shared the global wearable device shipment report for the third quarter of 2021, and it can be seen that the growth measured around 9.9%. At the same time, smartwatches with more functions have begun to replace smart bracelets that are usually cheaper.

IDC pointed out that in this market once dominated by Xiaomi bracelets, the top position of the list has now changed, and the positions of Apple and Huawei are still quite stable.

IDC Mobile and Consumer Device Tracking Research Manager Jitesh Ubrani commented: As consumers increasingly invite more powerful devices and the price gap is gradually narrowing, the demand for wearable devices in the market is shifting from low-priced bracelets to more turn to smartwatches.

The number of smartwatches priced at less than $100 is now comparable to bracelets. Smart bracelets have been dominating this price range before, and the Chinese and Indian markets have been leading the way. In the high-end market, Apple, Huawei, and Samsung still have relatively high shares.

In the overall wearable device market that includes ear-worn devices, although Apple’s Apple Watch shipments fell by 35.3% in the third quarter, the sales of AirPods/Beats headsets still allowed the company to maintain its leading position.