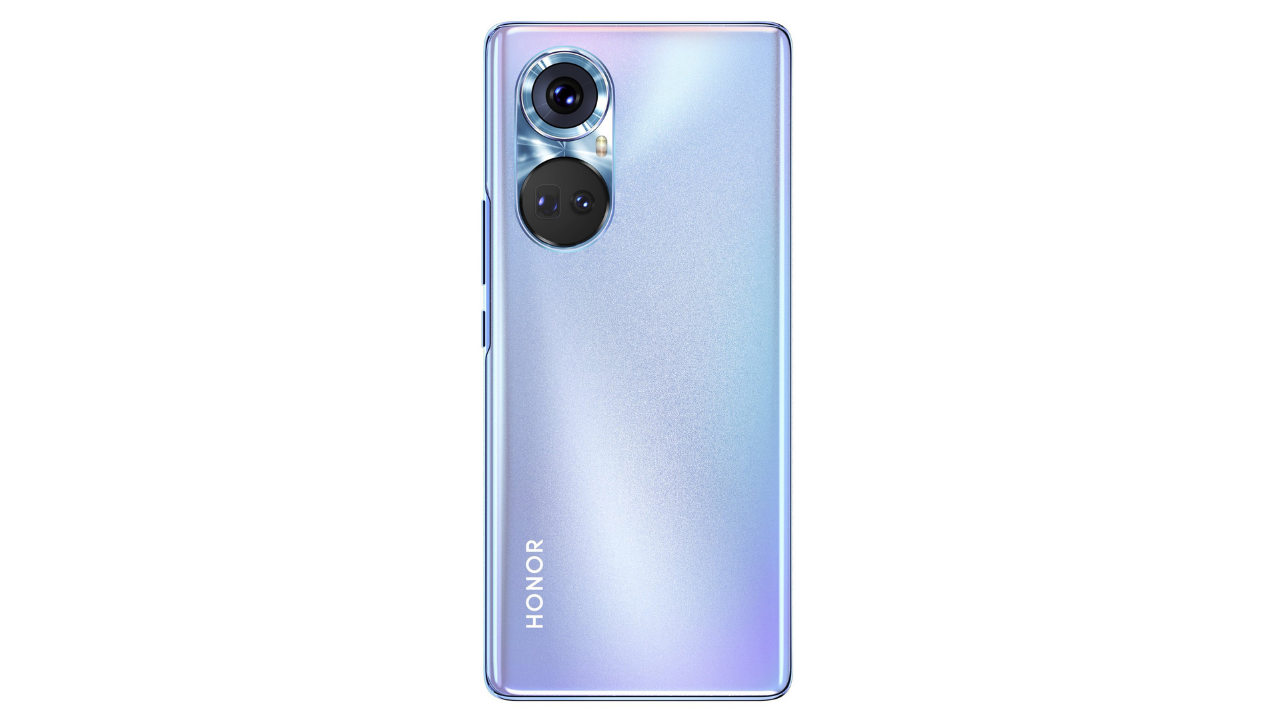 
At the starting of this year, Honor officially introduced the V40 smartphone in China and this smartphone was said to be available in the global market. But citing the latest internal news, Honor will not release the V40 in overseas markets, but will directly launch the Honor 50 series in May.

Now, the new render of the Honor 50 series smartphone has appeared online and it shows the dual ring camera design at the rear side including the main Camera, Periscope lens, Ultra Wide lens, and there is no camera branding.

The below render is quite similar to the circular camera design shared by GSMArena earlier. The rear camera design shows as the same the upcoming Huawei P50 series featuring two circles. Interestingly, the top circle will house only one lens. The lower circle will be home to two modules and there’s an LED flash in between.

The specification of Honor 50 Pro+ has leaked online. According to the leak specifications image, the Honor 50 Pro+ is equipped with Qualcomm Snapdragon 888, supplemented by a combination of 8GB+128GB memory, but it is probably only the initial version, and a larger memory version will be launched, using LPDDR5 memory and UFS 3.1 flash memory;

The phone has four rear cameras, including a 50-megapixel main camera, a 13-megapixel ultra-wide-angle camera, an 8-megapixel telephoto camera, and a TOF lens, and a front-facing 32 MP + 8 MP dual camera. As far as the battery concern, this phone has a built-in 4400mAh, 66W wired fast Charge, and 50W wireless charging.

In addition, due to the dual front camera, this phone is likely to be a dual-hole screen similar to the Honor V40. The screen size is 6.79 inches and supports 2K+120Hz. Honor 50 Pro+ has a high probability of supporting IP68 waterproof and dustproof.