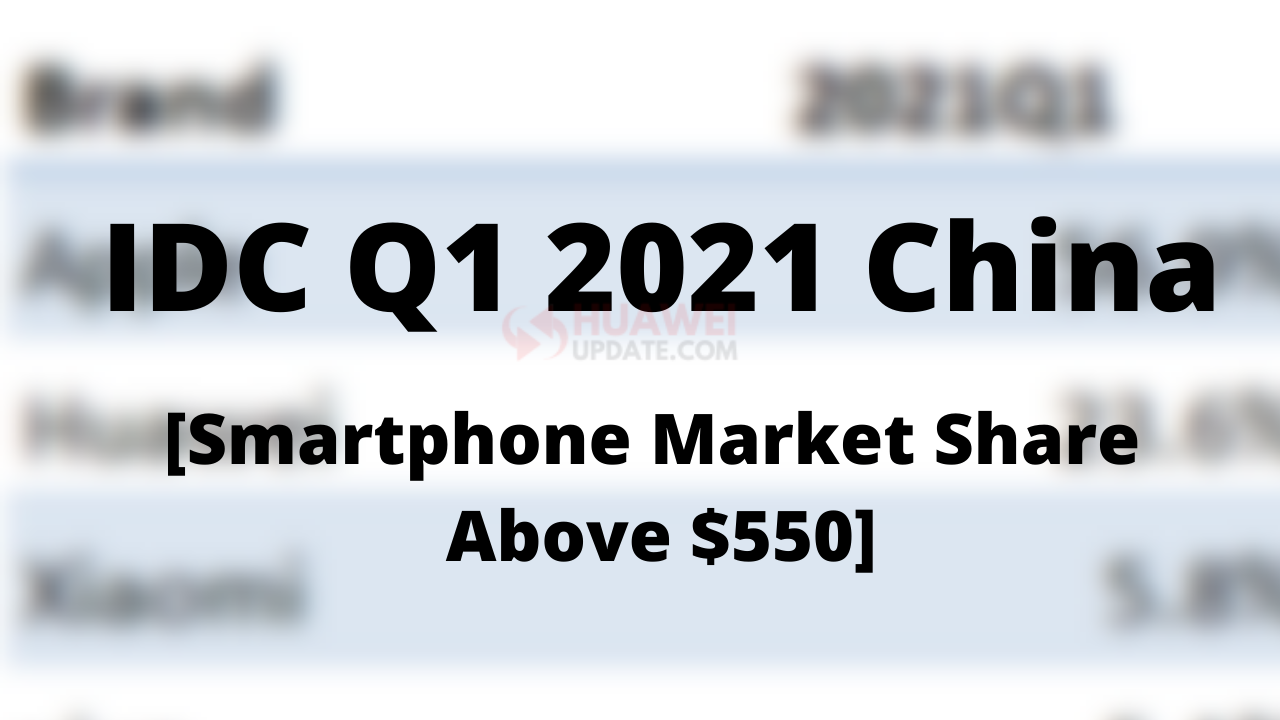 
According to the IDC data obtained by Sohu Technology that has not yet been made public, the share of the top five mobile phone manufacturers in the Chinese market in the price range of more than $550 (approximately RMB 4,030) is revealed in the first quarter of 2021.

Among them, Apple ranked first with a market share of 56.9%, Huawei ranked second but its share fell to 23.6%, and the share of Xiaomi OV was not much different, both at 5%.

Prior to this, IDC analyst Wang Xi also stated in an interview, “Taking the market above 4000 yuan as an example, in the first three quarters of 2020, Huawei and Apple together accounted for more than 80% of the market share, and the former’s share exceeded 40% and led Apple. From January to February this year, Huawei’s share of this price has fallen to about 20%.”

Sohu Technology visited a mobile phone wholesale market in Beijing. “Apple sells the best high-end mobile phones right now, and Huawei’s products are very tight, so it can only be “ranked second”.

“In less than two years, the United States imposed four rounds of sanctions on Huawei. One round is more vicious, making Huawei’s consumer business extremely difficult and unable to deliver goods. The high-end market is mainly given to Apple. The mid-range and low-end are given to Samsung, OPPO, vivo and Xiaomi.”