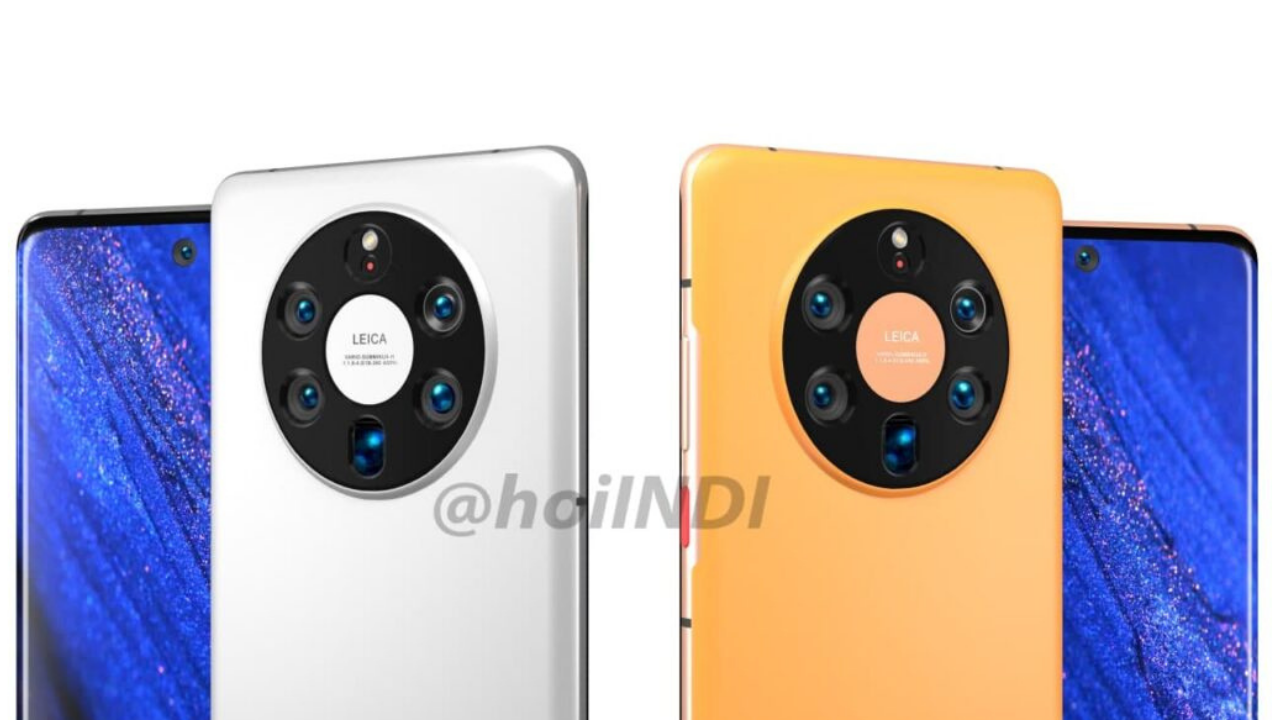 
Huawei’s flagship devices the Huawei P50 series and the high-end tablet MatePad Pro 2 are launching soon and according to the previous report, these devices are said to be launch in June.

Once the P50 series and MatePad Pro 2 will launch the next target will be the Mate series phones. A well-known Twitter tipster, @HoiINDI has shared a new render of the Huawei Mate 50 Pro+ smartphone. As per the renders, the smartphone has a big circular rear camera system and a hole-punch display at the front with curved edges.

Huawei Mate 50 Pro+ has a full-screen display with a single opening for the front camera and cured edges on both sides. The bottom side features a sim tray, USB Type-C port, and secondary speakers. There is an IR blaster, and the right side offers a red-colored power button as well as volume rockers for volume control.

Looking at the rear side, it has a massive circular camera module equipped with a Penta camera placed in U shape with periscope zoom. Additionally, the LED flash and a color sensor situated on the top camera module.

According to the latest news from Weibo tipsters, Huawei Mate 50 will be equipped with an LTPO screen, which is also a new type of screen that the iPhone 13 top model will be equipped with. It is reported that LTPO is a different OLED production technology, the full name is Low-Temperature Polycrystalline Oxide, and the Chinese name is “Low-Temperature Polycrystalline Oxide”.

Compared with the previous LTPS (Low-Temperature Polycrystalline Silicon Thin Film Transistor) technology, it has higher charge mobility. The advantages of faster pixel response, so that the screen’s response speed is faster, and the power consumption is also reduced.

In addition, LTPO also has a very important function that is adaptive refresh rate adjustment. The LTPO screen can be combined with system scheduling to achieve intelligent adjustment of the refresh rate according to the screen display content, the lowest can even reach 1Hz, which also enables the mobile phone to support high refresh while still Even more power-saving. Previously, the OnePlus 9 Pro was also equipped with this screen, claiming to save 50% of the power.