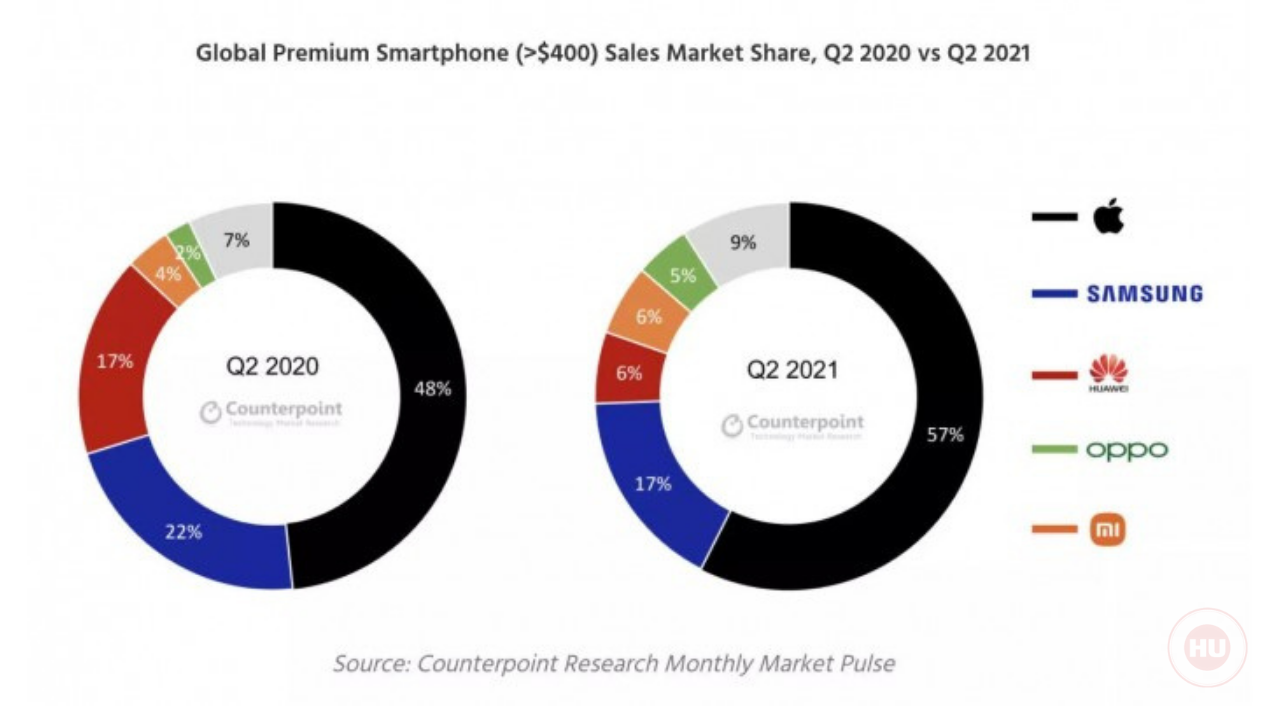 
Counterpoint Research released a new report that Apple still occupies a dominant position in the high-end mobile phone market. The report pointed out that since the fourth quarter of 2020, iPhone manufacturers have accounted for more than 50% of the $400 smartphone market that has been priced. In the second quarter of 2021, sales of high-end mobile phones increased by 46% year-on-year, and Apple accounted for 57% of total sales.

Apple reported that sales of the high-end segment increased by 74% year on year. It remains to be seen to what extent the upcoming iPhone 13 series can help Apple maintain the trend.

In contrast, Samsung’s performance in this field continues to decline. Although Samsung in the smartphone market shares are still in the lead, the South Korean company is growing and a more profitable high-end market can not go beyond Apple.

Currently, Xiaomi and Huawei are competing for third place, both currently in the second quarter of 2021 accounted for 6 percent of the high-end mobile phone sales. The former has a strong influence in China, and they only lost to Apple in China. However, the Mi 11 series helped Xiaomi expand in the European and even Chinese markets, approaching Huawei in market share.