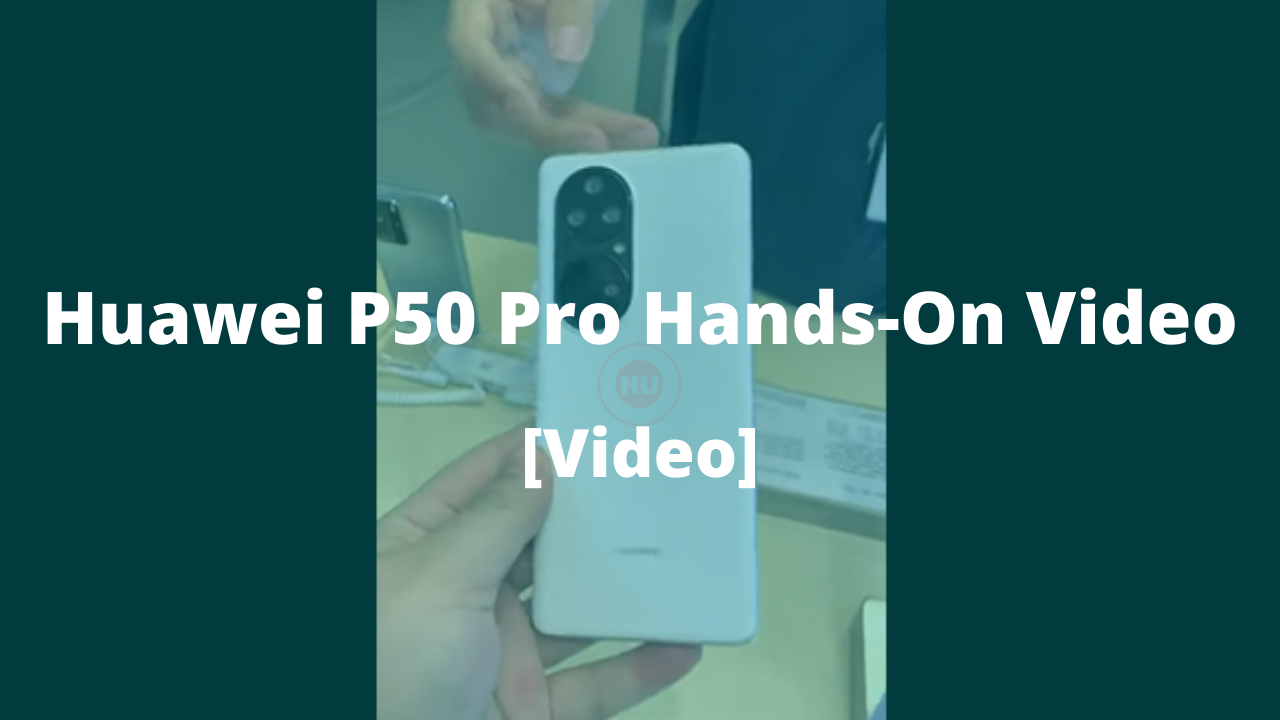 
Huawei P50 Series is set to launch on July 29, 2021, at 19:30 China time. Now, according to the information, a fresh new video of the upcoming Huawei P50 Pro has emerged and it is so-called a dummy unit which you can see in the video below.

The smartphone will have a curved display with what appears to be a punch-hole cutout at the top below the ear grille. At the rear side, a total of five cameras are separated between two large circular housings.

The rear cameras are believed to brings similar focal lengths to the P40 Pro and Mate 40 Pro series with a 125mm telephoto module capable of 5x zoom joined by an 18mm equivalent ultrawide snapper. There’s not much info on the remaining shooters though rumors point to the 1-inch Sony IMX800 being the main sensor.

On July 29, Huawei will not only unveil its latest flagship phone but also a number of different devices including the following:

Aside from these, Huawei may also make several other important announcements for the consumers. Huawei P50 Series will come with three models – Huawei P50, P50 Pro, and P50 Pro Plus. These phones come with a large camera system consisting of two circles and with different lenses. These phones have different processor variants including the Kirin 9000e 5G/Kirin 9000 5G and Snapdragon 888 4G.