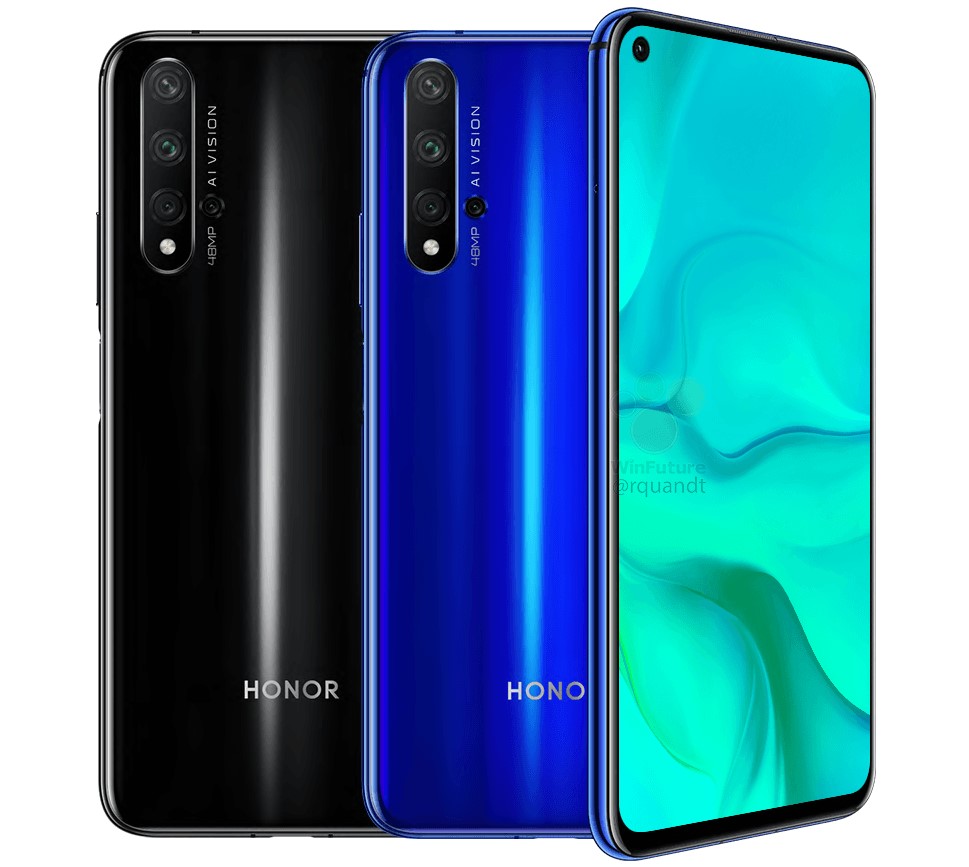 
The front of the Honor 20 will be equipped with a 6.26-inch screen with a resolution of 2340*1080, and the pixel density is 412ppi, which is supposed to be an LCD IPS panel. There is a perforated proactive shot in the upper left corner of the screen. It is said that there is no built-in under-screen fingerprint sensor a

Honor 20 will be equipped with 6GB of memory and 128GB of built-in storage. It is not clear whether it is UFS storage and whether it supports MicroSD card expansion. Other features include dual-band WiFi with 802.11ac, Bluetooth 5.0 USB 3.0 and Virtual 9.1 Surround Sound.

The Honor 20 has a battery capacity of 3,750 mAh and is super fast charged via the USB-C port. The maximum power is 22.5 watts, which can be charged at least 50% of the charge for 30 minutes. The operating system is based on Android 9 Pie’s Magic UI 2.1, which is a derivative of Huawei EMUI 9.1.

Huawei EMUI, formerly known as Emotion UI, is a custom mobile operating system that is based on Android that Huawei uses on most Huawei and Honor-branded smartphone devices.