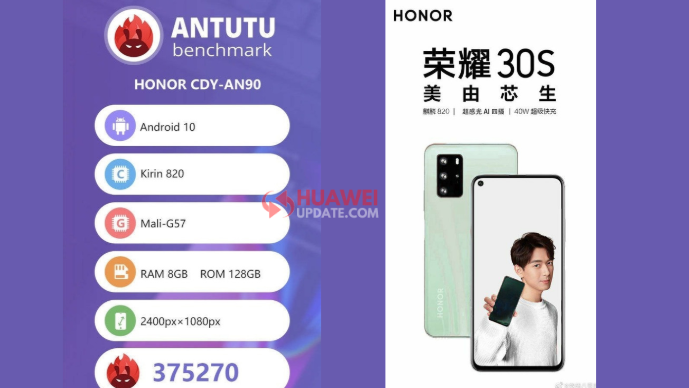 
Honor 30S is set to launch on March 30. It is expected to be a fast and powerful phone, and this is now being backed by an AnTuTu score that has been circulated on the internet. The Honor 30S with model number Honor CDY-AN90 has seemingly registered the highest ever score by a smartphone on the AnTuTu benchmark browser.

According to reports, the phone has scored a staggering 375270 points on AnTuTu, making it the highest ever score to be registered on AnTuTu till date.

According to Digital Kael, from the perspective of identification information, Kirin 820 5G is significantly better than Qualcomm 765G and Kirin 810 in terms of CPU and GPU parameters.