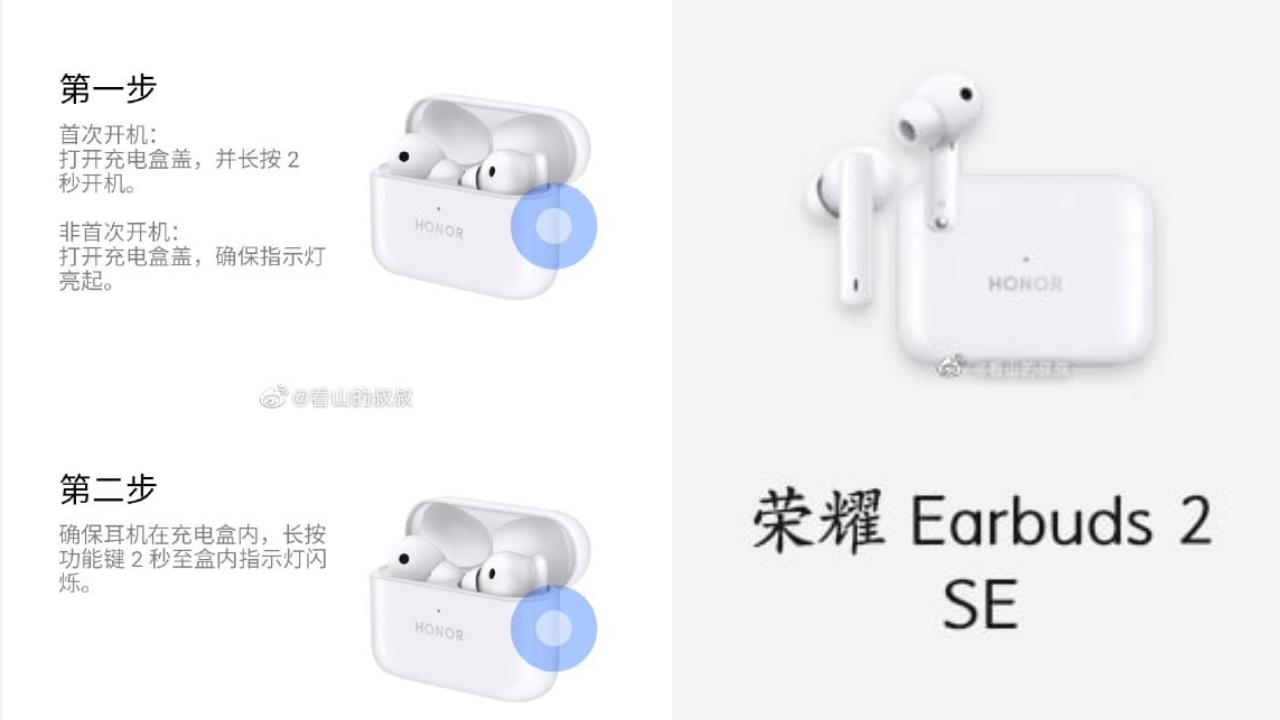 
The render of  Honor Earbuds 2 SE true wireless headset has been leaked by the well-known Weibo tipster, Uncle Mountain. This product uses a pure white design and comes with a silicone sleeve.