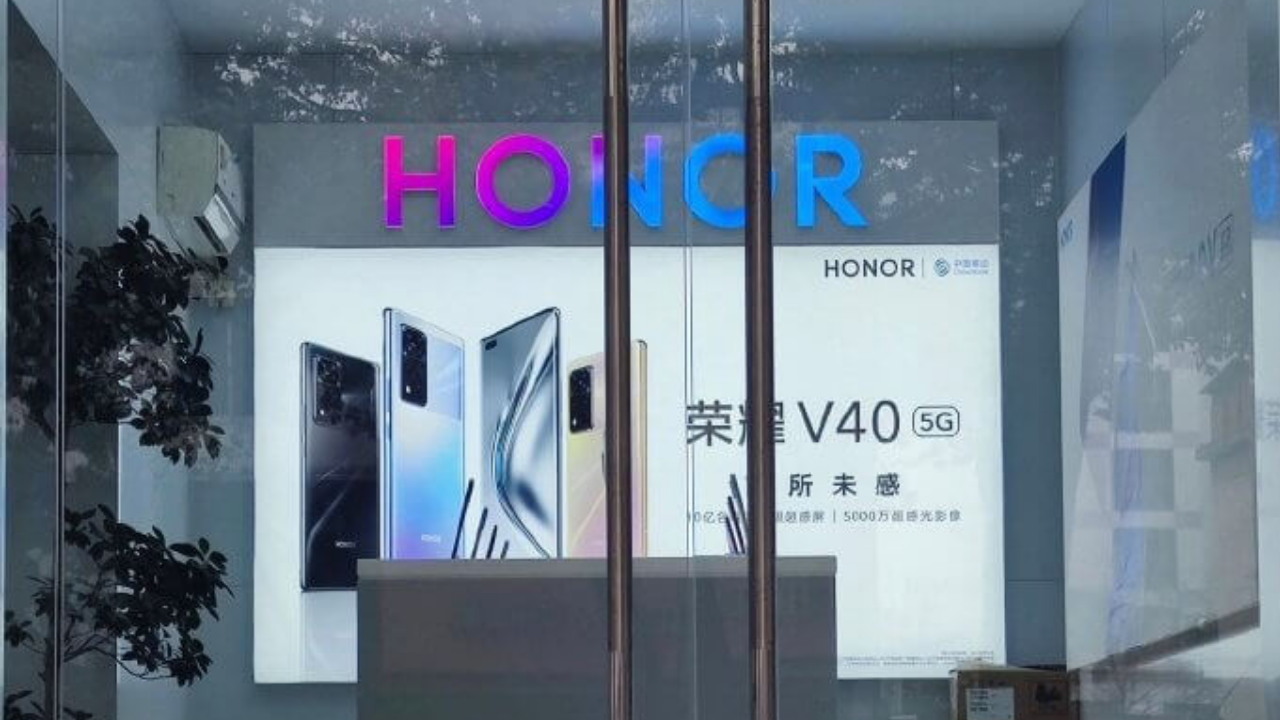 
Honor will launch the first smartphone as an independent brand on January 18. The Honor V40 poster is now been spotted in an offline store in China.

According to the poster, the Honor V40 will be available in three colors: black, blue, and orange. There is a rectangular camera body on the upper left corner of the back. The main sensor sits at the top, followed by three other sensors and an LED flash.

The Honor V40 will be equipped with a 50 MP super-sensitive sensor as the main camera. It is said to be the Sony IMX766 sensor. Earlier rumors revealed that the phone is said to have a 6.72 ″ (2,676 x 1,236 pixels) OLED display with 120 Hz refresh rate, 300 Hz touch sampling rate, and an in-display fingerprint sensor.

Honor V40 series will include two smartphones – V40 and V40 Pro Plus phones. The smartphone series will reportedly come with a 6.72-inch full HD+ curved display with up to 120Hz refresh rate. The report added that V40 Pro would run on MediaTek Dimensity 1000+ processor whereas V40 Pro Plus would have Huawei’s in-house Kirin 9000 processor.