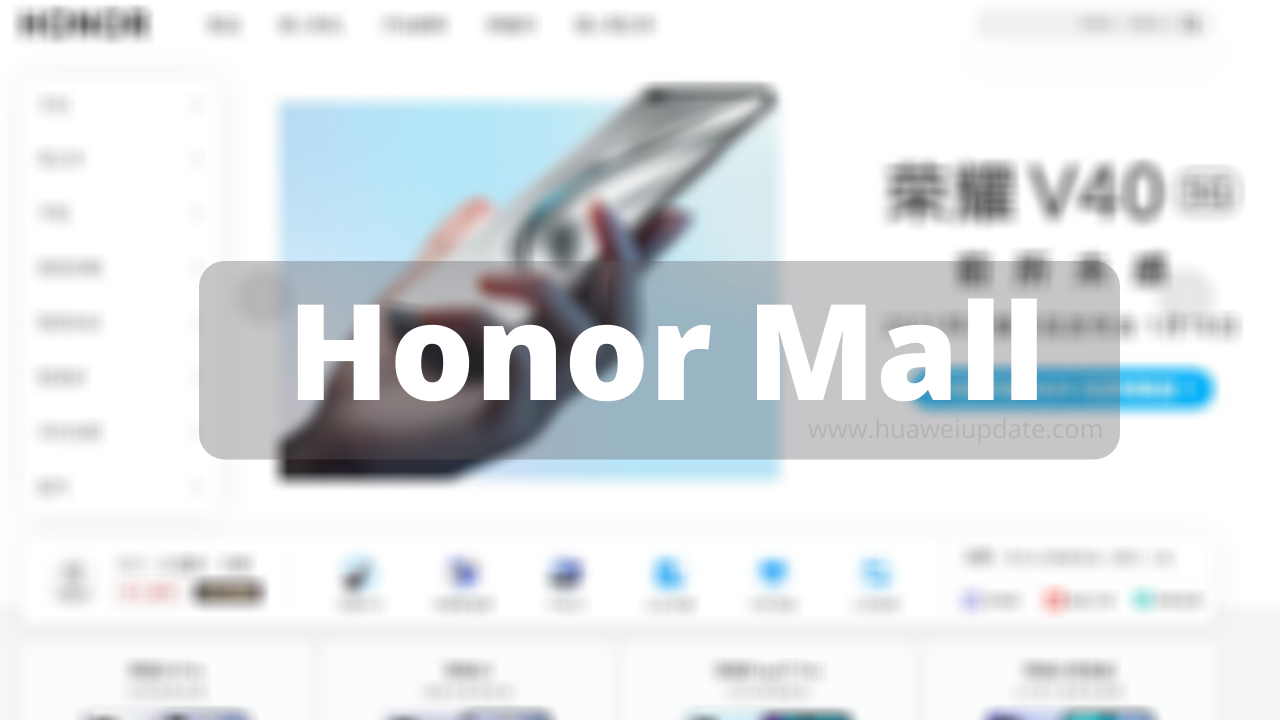 
On January 12, 2021, Honor has officially launched its online (eCommerce) store called Honor Mall in China. Now, users can purchase Honor brand-related products online. Currently, the web and WeChat version of Honor Mall is launched and the smartphone application is yet to release.

Apart from the Honor Mall the company has also added a new 75-inch Honor Smart Screen X1 on the Mall and opened the pre-booking of Honor V40 and MagicBook 2021.

It was reported that on the occasion of Honor’s 7th anniversary, Honor’s executive stated the Honor will release high- quality products such as smartphones, laptops, tablets, wearable, routers, and smart screens to improve the user experience in the future.

Honor as an independent brand will launch the first flagship lineup Honor V40 on January 18. The Honor V40 will be available in three colors: black, blue, and orange. There is a rectangular camera body on the upper left corner of the back. The main sensor sits at the top, followed by three other sensors and an LED flash.

The Honor V40 will be equipped with a 50 MP super-sensitive sensor as the main camera. It is said to be the Sony IMX766 sensor. Earlier rumors revealed that the phone is said to have a 6.72 ″ (2,676 x 1,236 pixels) OLED display with 120 Hz refresh rate, 300 Hz touch sampling rate, and an in-display fingerprint sensor.