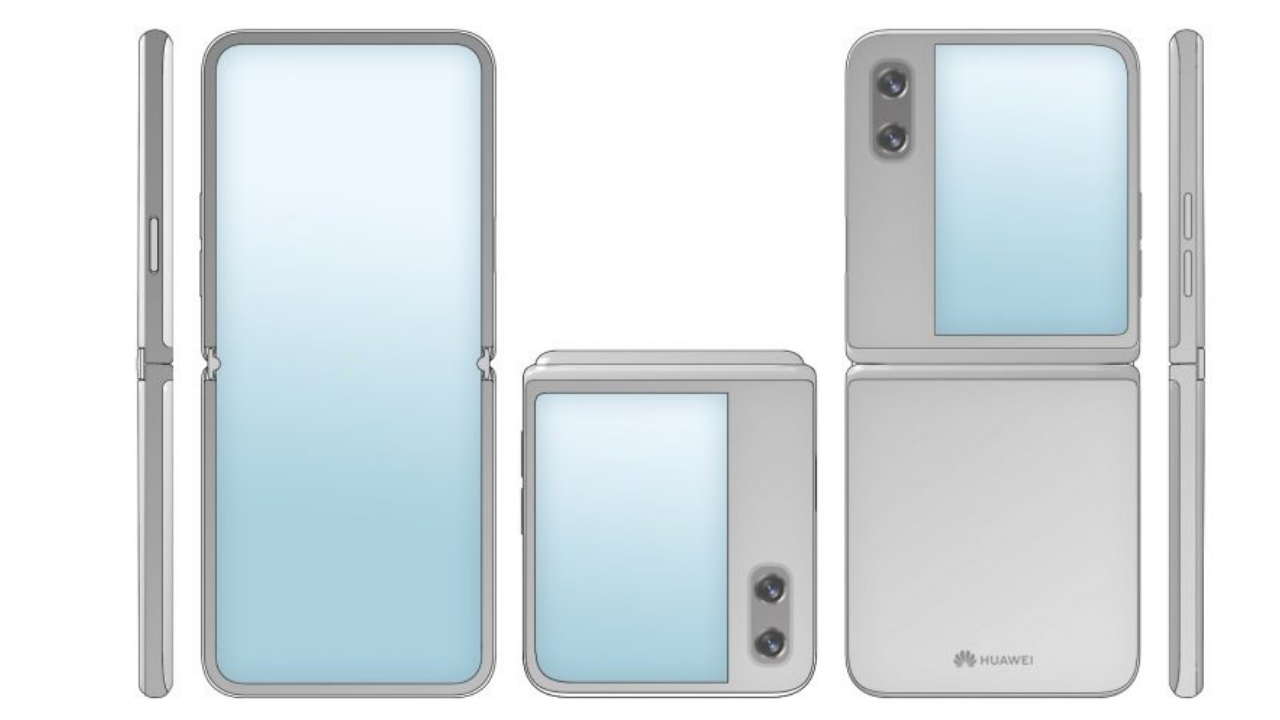 
Huawei has recently announced its Mate series smartphones – Mate 40, Mate 40 Pro, Mate 40 Pro+ and the Mate 40 RS Porsche Design. Now, according to the LetsGoDigital report, Huawei after the outwardly folding Mate X and Mate Xs foldable smartphone now working on the inwardly folding phone and the smartphone is said to be 5G enabled.

The official data shows that in April this year, Huawei Technologies filed a design patent with the CNIPA (China National Intellectual Property Office). The documentation was published on October 23, 2020, and consists of 14 images of a Huawei flip phone.

Folded, this Huawei foldable phone has a relatively large cover display. Handy for notifications and incoming calls and messages. A dual camera is visible next to the cover screen. These are also the only visible cameras on this phone model.

When unfolded, a relatively long, narrow screen is created. It is a full-screen design, no cutouts are visible for the camera.

As per the patent images, Two physical buttons are visible on the left side, most likely the volume buttons. In addition, a power button is integrated on the right side.

The Huawei Mate X was the world’s first 5G foldable smartphone. However, it is also the most expensive folding phone on the market, along with the Mate Xs introduced later. The clamshell model that Huawei has now registered seems to be a relatively cheap model, which would most likely benefit the sales figures.