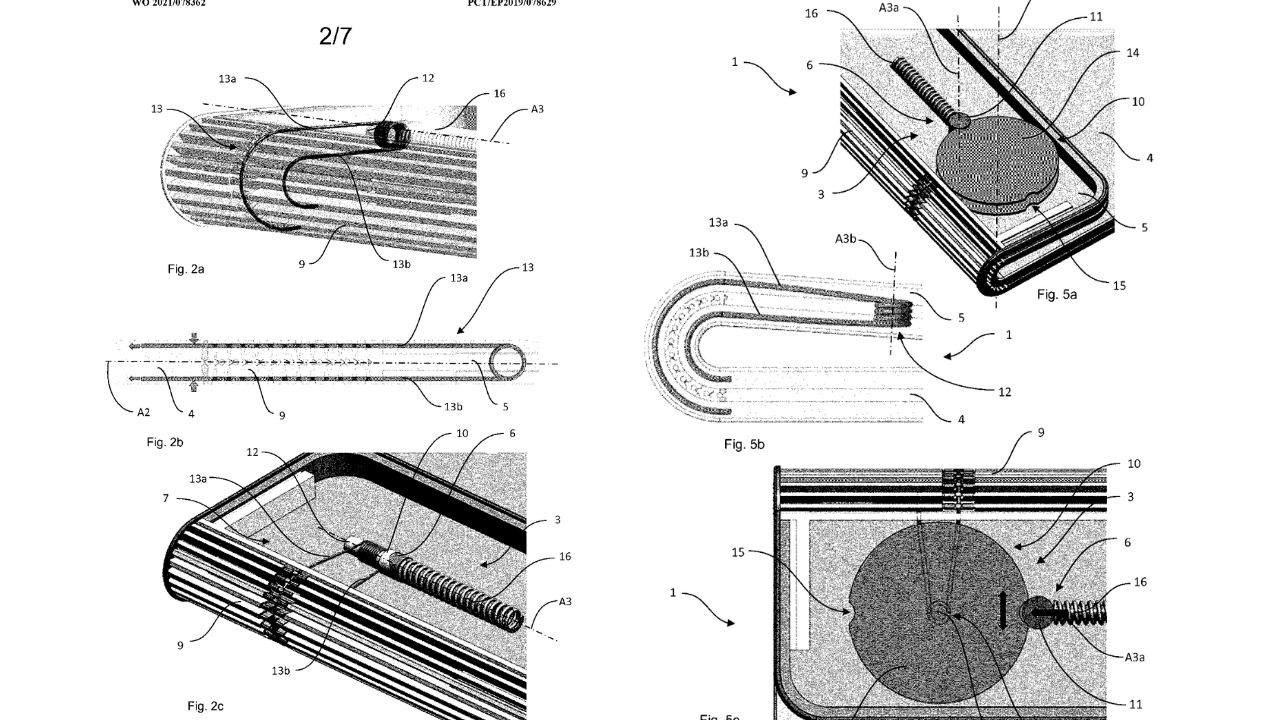 
According to the latest information, Huawei filed a patent for hinge assembly for a folding phone on October 22, 2019, and released the details on April 29, 2021. As we know that the development of foldable smartphones is very strong, but there are still many engineering problems that need to be solved to make it as reliable as ordinary mobile phones.

In a recently published patent, Huawei proposed its own solution to the problem that the folding smartphone cannot be placed flat on the table due to the volume of the hinge. Their solution is to superimpose the “blade” in the hinge assembly.

Huawei pointed out that the advantage of this component is that the hinge can be easily turned without any effort, while still being able to safely lock in one of the required positions, namely the unfolded position or the folded end position. In addition, since there is only one locking arrangement, there is no accumulation of individual manufacturing tolerances, providing better flatness in the deployed position, while avoiding the need to synchronize movement between several points in order to provide sufficient locking force.