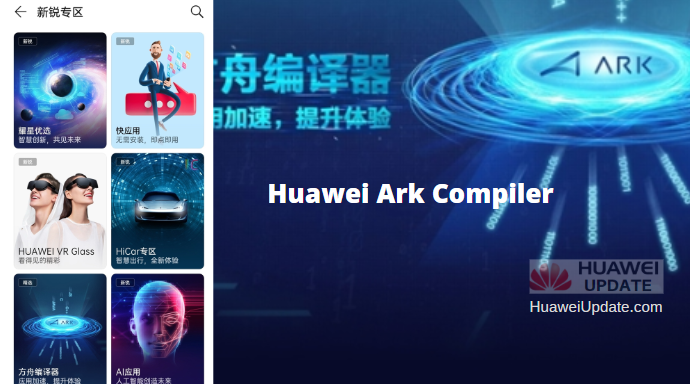 
Huawei’s Ark Compiler suddenly appeared in the Huawei App Gallery, but it was quickly revoked and taken offline. There are 27 third-party apps in the zone, all recompiled by Huawei’s Ark compiler, and some are used daily, but some are still special speed edition, internal version, and light chat version, which are obviously still being optimized and debugged.

Although the zone is offline, these apps are still in the application market and can be obtained by searching, but they are all low-key and have not been specifically marked as optimized by Huawei’s Ark compiler.

To check whether it is still available in your Huawei and Honor smartphones go to the AppGallery > Apps (bottom bar) > Emerging Zone > Ark Compiler.