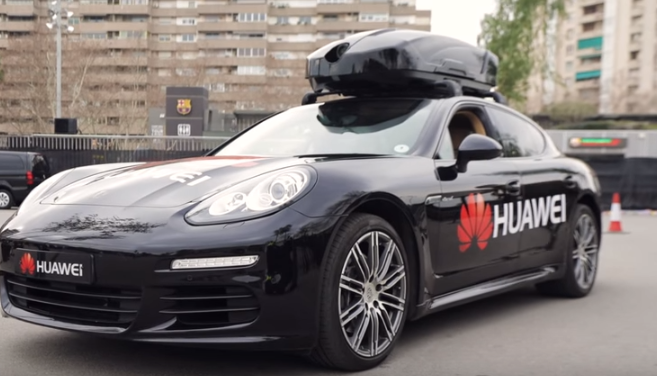 
Huawei is reportedly developing self-driving cars in partnership with various automakers as part of a push into artificial intelligence.

The Chinese tech giant is providing AI software to a number of notable carmakers including Volkswagen’s Audi and a joint venture between Japan’s Toyota and China’s GAC, an executive at the company told the Financial Times.

Two other Chinese firms, Beijing New Energy Automobile and Changan Automobile, are also collaborating with the company, the newspaper reported.

Dang Wenshuan, Huawei’s chief strategy architect, told the newspaper that the firm and its partners are working to build a car that can be shipped as early as 2021. He said the car would be available in Europe as well as China.

Industry standards for self-driving vehicles identify the levels of autonomy an automobile is able to reach. For Huawei’s, it would be Level 4, which is the second-highest standard in the framework.

The FT says it was shown a video of an Audi vehicle powered by Huawei’s AI tech at the firm’s headquarters in Shanghai. The vehicle contained a driver, it said, but the steering wheel and controls were untouched.

The company has come under intense pressure from Washington amid the U.S.-China trade war. The Trump administration recently added the company to a trade blacklist, which has led to multiple suppliers distancing themselves from the firm.

Earlier on Wednesday, the firm said it had canceled the launch of its new Matebook laptop as a result of being barred from doing business with American suppliers.

U.S. officials are concerned the telecommunications giant’s network gear could be used to enable Chinese espionage, a claim the company denies. An executive for Huawei recently told U.K. lawmakers the company is “independent” and would never share network data with Beijing.

Via | Read the full article here.