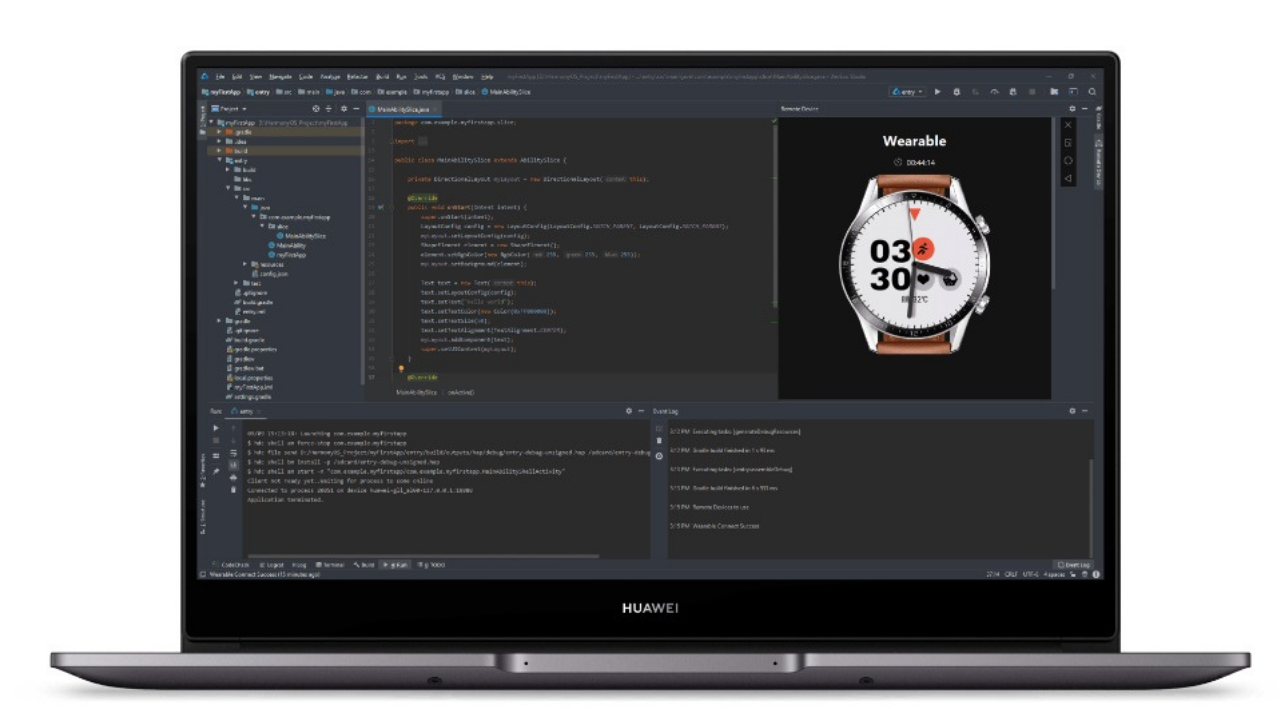 
Huawei has released a new version of DevEco Studio 2.2 Beta 2, with many new and enhanced features. At the same time, HarmonyOS SDK API6 Beta was officially upgraded to release after a round of iterations.

Open the installed historical version of DevEco Studio and select “Help> Check for Updates” to upgrade.

2. Click “Template Market” in Figure 1 to enter the MarketPlace as shown in Figure 2 and download the template.

Second, the previewer adds custom functions
If you want to preview the interface effect during the development stage, you can use the previewer Previewer. In the previous version, Previewer only supported a few fixed-size canvases, which could not meet the needs of different screen resolutions.

In this version of 2.2 Beta2, Previewer has added a custom Profile Manager, which supports developers to customize the preview device Profile. You can set different resolution canvases and different languages ​​to view the preview display of HarmonyOS applications or atomic services on different devices. Effect. At the same time, Profile Manager also instantiated some common device types, including P40, Mate X2, MatePad pro, X1 car, Watch3.

Figure 4 shows the Multi-profile preview function, which allows you to view the preview display effects of multiple devices at the same time.

3. Added support for differentiated distribution of multiple entries on the same device
Because there are many types of devices, the resolution is not uniform, and the versions are different. In response to these differences, the previous DevEco Studio version required developers to adapt and develop different models of the same type of device, and then achieve precise distribution in the application market, so that consumers and users of different devices can get a better experience.

This 2.2 Beta2 version supports adding multiple Entry modules for the same type of device in the same project, and then configure distroFilter distribution rules in the config.json file of each Entry module to meet the differentiated distribution requirements of the same device.

The distroFilter distribution rule configuration code in the config.json file is as follows:

Compared with the previous version, the new version has no additions or changes in the interface content. But for the JS API, some interfaces that are unstable in the API6 Beta version can be used normally in this API6 Release version.

Added support for differentiated distribution of multiple entries on the same device.

Added support for Java and C/C++ cross-language debugging capabilities. Developers can set a breakpoint at any line of code in Java or C/C++, and when the business logic is executed to the corresponding line of code, it can be interrupted at the breakpoint.

The previewer adds the ability to preview the expanded state of the Mate X2 folding screen.

Fixed the problem that the auto-completion function is abnormal after entering the value when the attribute value is a numeric attribute in the hml file.

Fixed the problem that when using the Wearable real machine and the simulator to run the JS test framework for single-step debugging, you need to click the Resume Program twice to enter the next breakpoint.

Fixed the problem that the time displayed in the preview interface is inconsistent with the time set in the code when previewing the Clock component.

Fixed the problem that in the macOS version, if you did not set a breakpoint in app.js, you could not enter the index.js breakpoint.

Fixed the problem that Wearable and TV debugging does not support ES6 Symbol type.

Fixed the issue that DevEco Studio freezes when opening the xml file in resources.

Fixed the problem that HiLog may not print logs normally.