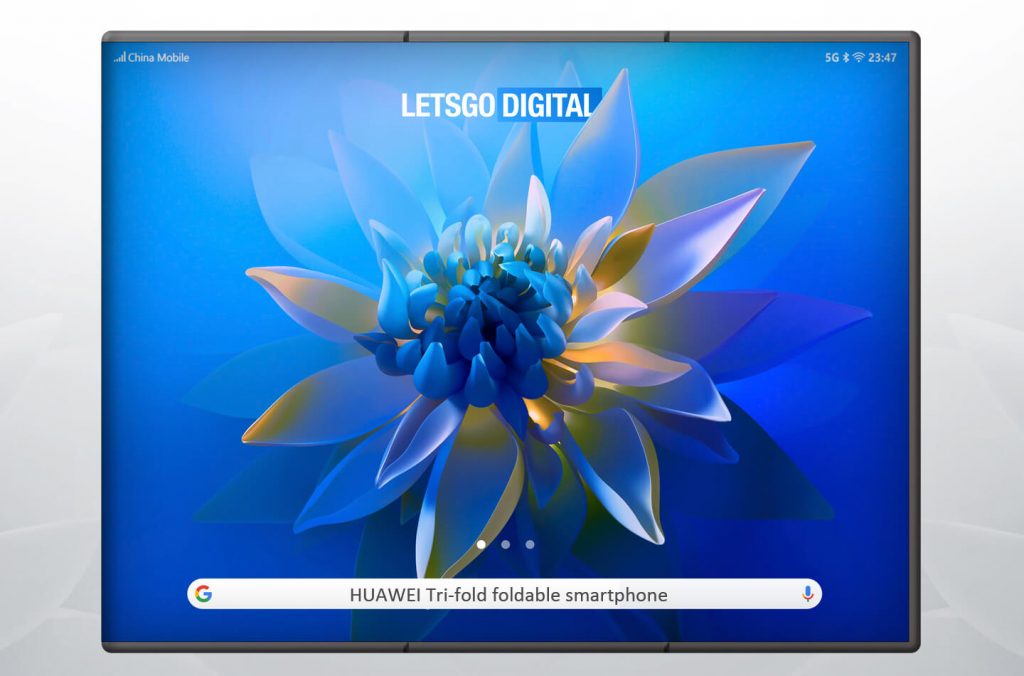 On March 1, 2021, Huawei submitted this patent application to the World Intellectual Property Organization (WIPO) and officially announced it to the outside world on September 10, 2021.

According to the 41-page document, the company is developing a tri-fold smartphone consisting of 7 parts of the screen. Compared with the previous Mate X series, it uses a flexible screen that supports two (rather than a single) folding.

When fully extended, the machine can provide a larger display area, supplemented by a rear four-camera with a periscope zoom lens. LetsGoDigital pointed out that the device is somewhat similar to the multi-folding smartphone that Samsung Display demonstrated last month.

Because the front screen and the camera are placed directly next to each other, there is no need to integrate a separate selfie camera. The quad camera allows you to capture selfies as well as regular photo and video recordings. The lower camera has a periscopic telephoto zoom lens. Furthermore, a wide-angle and an ultra-wide-angle camera will undoubtedly be integrated. An additional telephoto or wide-angle camera can be used as a fourth camera. Furthermore, the device is equipped with two batteries, just as is the case with the current Mate folding telephones.

When unfolded, this model gives you an even larger screen surface. Another advantage is that the housing of all parts is of the same thickness, so that the device can be placed stably on the table in the unfolded position. Because the quad camera is not placed at the back, but at the front, the device can also be placed flat on the table in folded position – without it wobbly. Ideal, because this is unfortunately a shortcoming that many contemporary flagship models with periscopic zoom lens have to deal with.