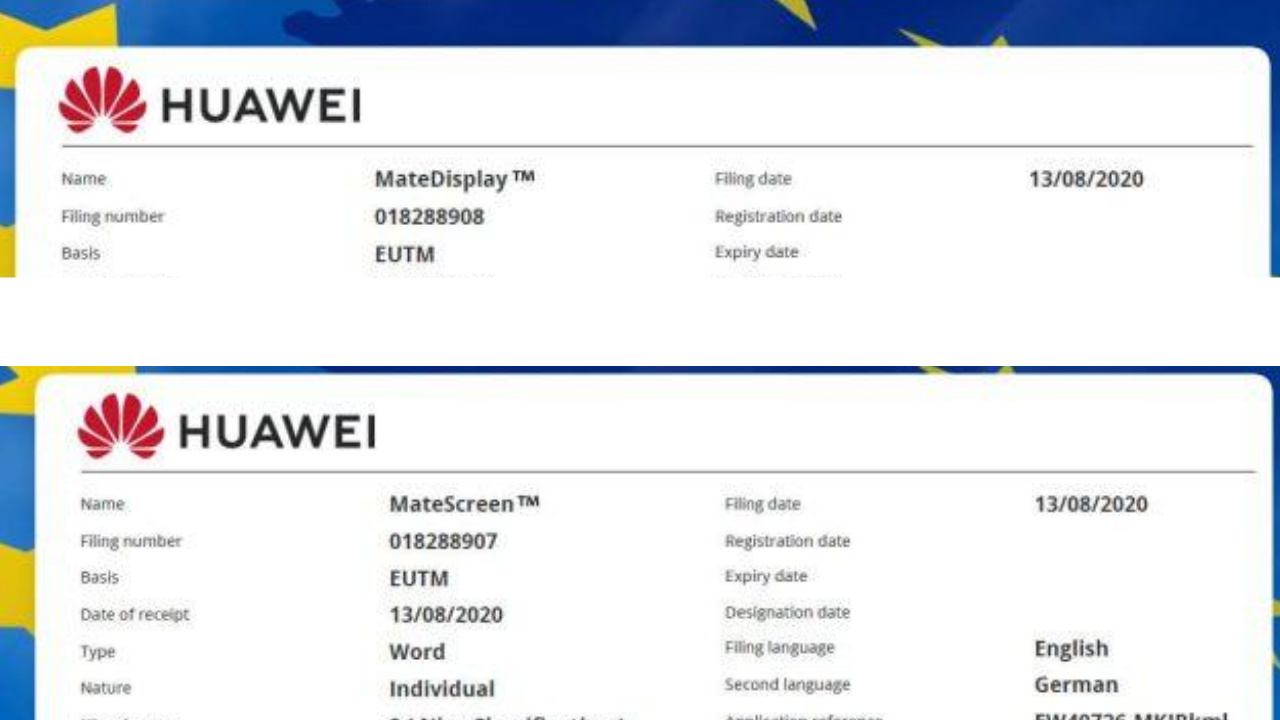 
According to LetsGoDigital, Huawei filed two trademarks with the EUIPO (European Union Intellectual Property Office) on August 13, 2020. These are the names ‘MateDisplay’ and ‘MateScreen’. Both applications are categorized as Class 9, with the following description.

As per the trademark name, MateDisplay / MateScreen maybe used in the folding phone. Huawei clearly seems to intend to further strengthen its popular Mate range. For example, the Chinese manufacturer also seems to want to release earplugs within this high-end series, in the form of MateBuds and / or MatePods. The company also seems to be working on a new MateStation docking station.