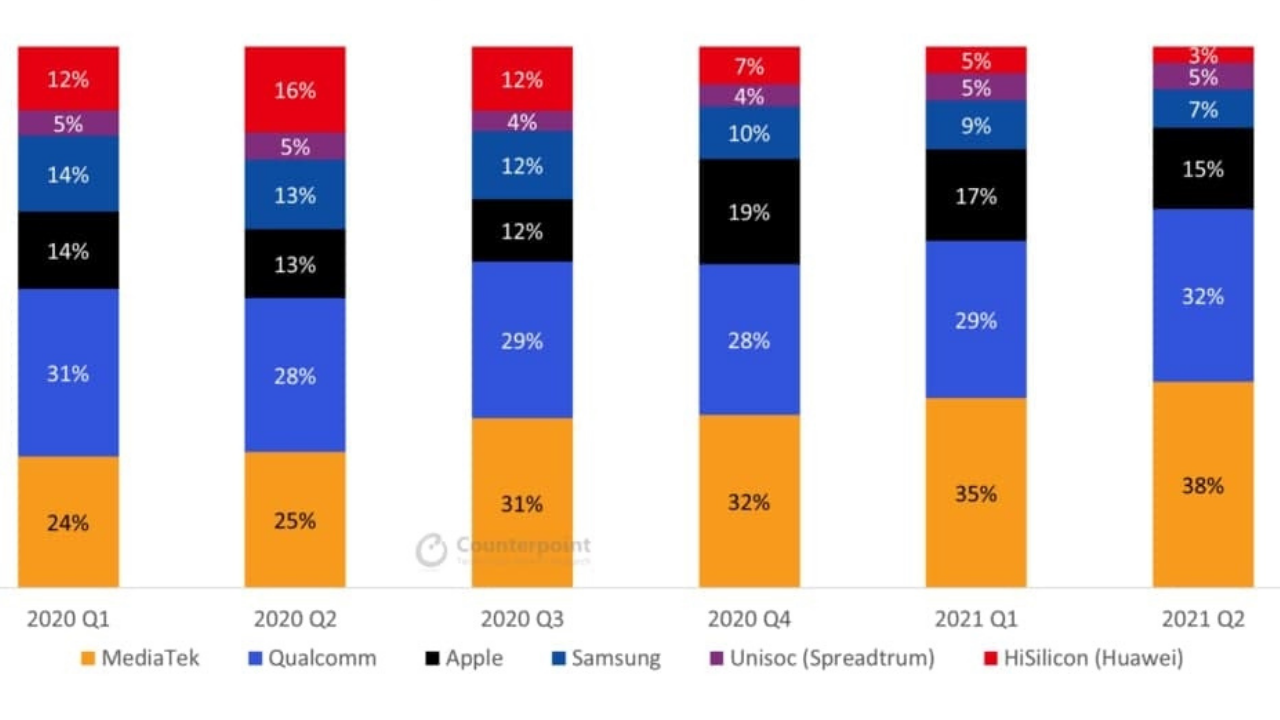 In comparison, the shares of Qualcomm, Apple , Samsung , and Unisoc have been relatively stable in the past six quarters, and Huawei HiSilicon has the largest fluctuation. One year ago (the second quarter of 2020), the proportion was as high as 16%, second only to Qualcomm and MediaTek ranking third in the world, but the latest share has shrunk to 3%.

Of course, the statistics here are the total number. In fact, MediaTek’s record high is due to the eye-catching performance of its Dimensity 700, Helio P35/G80 and other entry-level processors.