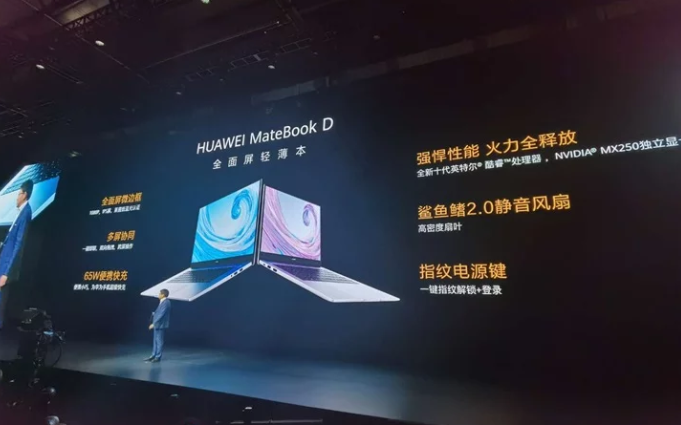 
Huawei at a launch event in China introduced Huawei MateBook D along with the MatePad Pro and Sound X smart speaker.

– Huawei Mate D 14 comes with a 14-inch Full HD display and most of the specifications remain the same as the 15.6-inch model.

– The Huawei Mate D 14-inch model of the MateBook D measures just 15.9mm in thickness, same as the Apple MacBook Air and weighs at 1.38kg and supports 180-degree screen opening and closing. Both the models come with the one-touch power button which comes with integrated fingerprint recognition.

Huawei has also launched the MateBook D Ryzen version, which is using AMD dual channel memory design which the company claims can improve the graphics performance by more than 30 percent. It comes with AMD R5 3500U chipset with up to 16GB of RAM.

Interestingly, the company has confirmed that all three models come pre-installed with Microsoft Windows 10 operating system, which is a major win for the Chinese company which has been on Entity List, effectivity banning the company from doing business with the United States-based firms.

As for the battery life, the company is promising about 13 hours of battery life for office work on single charge, 13.2 hours of Full HD video playback and 12 hours of web browsing. The Huawei MateBook D series comes in two color options — Black and Grey.

All the models are now up for pre-orders in China and the company has confirmed that they will go on sale from 3rd December.