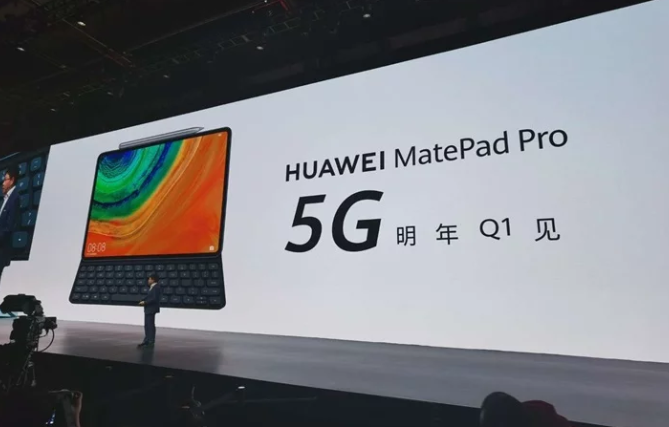 
Huawei MatePad Pro launched in China event today. The tablet has a outstanding features which we have never seen before. In short, The 7nm Kirin 990 chipset include inside in the MatePad Pro along with up to 8 GB of RAM and 512 GB of storage. There is a nanoSD card slot onboard for expanding its storageThe tablet is equipped with a huge 7,250mAh battery that support 40W rapid charging.

As per the 5G era, the company CEO,  Yu Chengdong, disclosed at the launch that the MatePad Pro will get a 5G version next year. That version should be powered by the Kirin 990 5G which not only has a built-in 5G modem but has its cores clocked at a higher speed.

If we talk about the difference between upcoming 5G Variant and recently launched MatePad Pro is the processor and network (5G support), and as well as the huge battery for the MatePad Pro 5G. The MatePad Pro has a 7250mAh battery capacity, slightly smaller than the 7500mAh battery of the MediaPad 10.8.  In last we can expect a higher price tag.