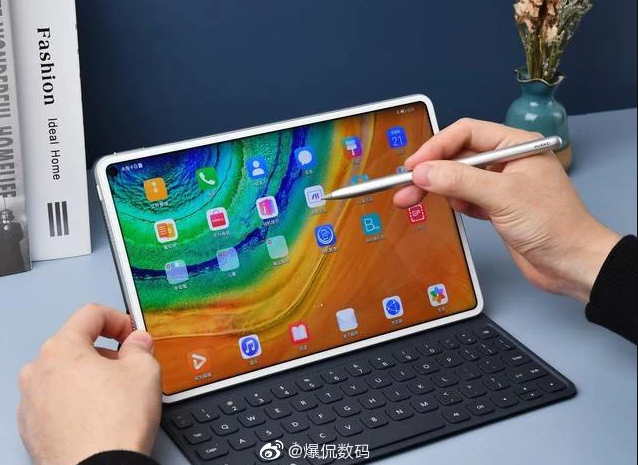 
The Huawei MatePad Pro to launch today and the leak are continue. All the recent leaks shows a photo of the tablet’s retail box, its screen protector, renders, and specs.

The MatePad Pro will ship in a white box with the device’s name written in gold letterings at the center. The bottom right corner of the box confirms the tablet is powered by the flagship Kirin 990 processor. It also states that the device has Harman Kardon-tuned audio.

It is crafted out of traditional pencil design. The tip is made of special material. Some images of Huawei MediaPad Pro also appeared. @rudhranandu @I_Leak_VN @sudarshan_nslr @JapninderSingh #huawei #MatePadPro #android pic.twitter.com/cN7uCDlzRO

Another image shows a dummy of the tablet and lists some of the specs. Now we know the MatePad Pro will come with a 10.8-inch 2K display, the Kirin 990 processor, quad speakers, a stylus called the M-Pencil, and support for reverse wireless charging.

The M-Pencil weighs 14 grams, has 6 built-in gestures, 20ms low-latency, lasts 10 hours on a single charge and recharges in 1 hour. The tablet itself has a 7250mAh battery, a little smaller than that of the MediaPad M6 10.8.