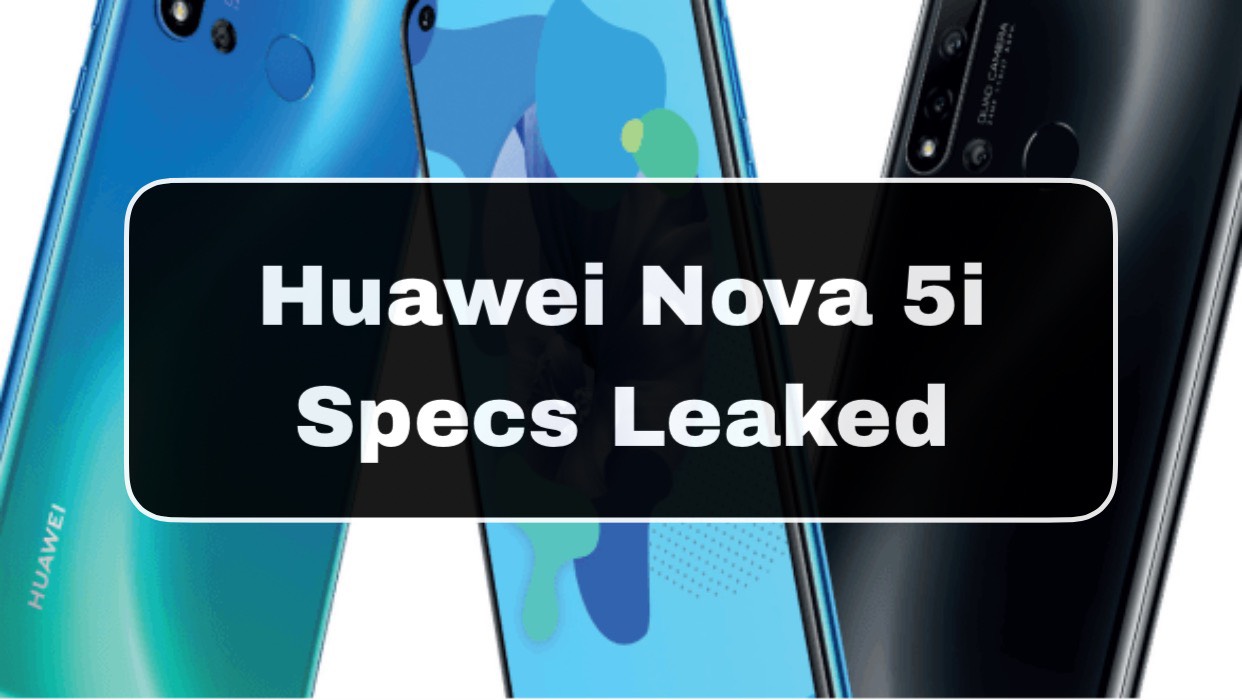 
Recently we shared Nova 5i details spotted on geekbench listing now, Huawei Nova 5i The Huawei Nova 5i has appeared on the database of China’s TENAA authority with its full specifications.

The TENAA listing reveals that the 6 GB and 8 GB RAM editions of the phone will come with 128 GB of native storage. There is no microSD card slot for additional storage on the device. The rear side of the phone will be a featuring a quad camera setup and a fingerprint scanner. The quad camera unit includes a 24-megapixel main sensor, an 8-megapixel secondary lens, a 2-megapixel depth sensor, and a TOF (Time of Flight) lens. For capturing selfies, it has a front-facing camera of 24-megapixel. The EMUI 9 based Android 9 Pie OS will come preloaded on the device.

The Huawei Nova 5i’s 6GB RAM variant, carrying the model number ‘HUAWEI GLK-LX2′ has been spotted on Geekbench, courtesy of two separate listings under the same model number. The phone scored 1516 and 1530 in the Geekbench single-core test, and put up a tally of 5193 and 5233 on the multi-core test in each run. As per the Geekbench database, the phone packs an octa-core SoC clocked at 1.71GHz, paired with 6GB of RAM.

Another variant of the Huawei Nova 5i carrying the model number ‘HUAWEI GLK-LX3′ was recently spotted packing the same octa-core processor clocked at 1.71GHz, paired with 4GB of RAM.

These 6 Honor phones to get EMUI knuckle feature update