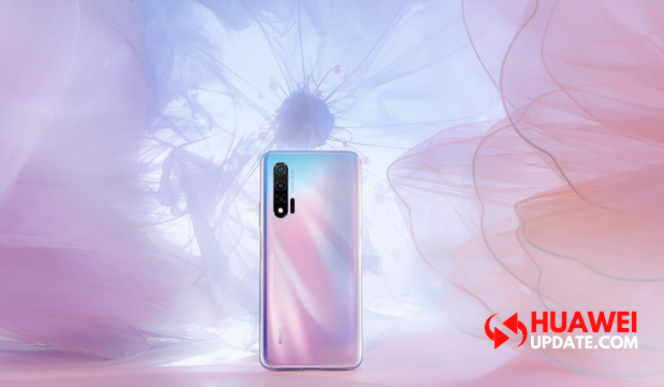 4. Partial screenshot: Knock the screen firmly with your knuckle. Drag your knuckle around the area you want to capture, and then return to the starting point. Your selection is displayed on the screen; the area inside the blue line will be captured. You can also select the screenshot box at the top of the screen for different screenshot shapes.[System]
Optimize the system stability of some scenes.

The Nova6 5G (WLZ-AN00) launched with a 6.57-inch FHD+ 2400 x 1080 display,  powered by a Kirin 990 processor and it is paired with the Balong 5000 modem which brings support for NSA and SA 5G networks. Nova 6 5G runs EMUI 10 based on Android 10. The Nova 6 5G brings a two selfie camera with a large punch-hole. Huawei once again added the side-mounted fingerprint position where it doubles as the power button.

On the Nova 6 5G company provided 8GB of RAM and 128GB/256GB of storage. It also has dual-SIM support (nano-only) and both SIM slots support 5G. Note, only one SIM can use 5G at a time.

Huawei says it is the first phone to support 4K 30fps HD video recording with the selfie camera.  The Nova 6 5G has a 32MP Sony IMX616 f/2.2 AF camera that is paired with an 8MP 105° f/2.2 FF camera so you can take wide-angle selfies. The selfie camera has EIS, a portrait mode and a Super Night Scene mode.

The Huawei Nova 6 5G battery capacity is 4200mAh with support for 40W SuperCharge Wired Charging. The Nova 6 5G is available in four color variants – a color-changing purple, soy blue, black, and honeymoon red. About the logo all four color variants, only the red variant has the Nova logo. The other three have Huawei’s own logo at the bottom.