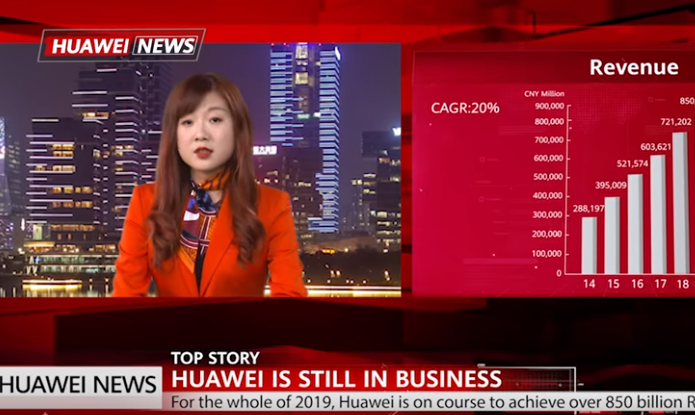 Heli City (Youtube): Huawei delivered fantastic, powerful, useful, ground-breaking products in 2019. The amazing financial results reflect Huawei’s power of innovation, excellence in execution, soundness in strategic and operational management. Huawei response to the Trump gang of criminals is a case study in business management and Chinese philosophy. Huawei have earned the trust of the world outside of America and its empire of vassals. Good job. The non-American world consist of more than 7.5 billion people. This world and China will cooperate for a better future for mankind. Meanwhile the Trump gang celebrates the new year with yet another military bombing and killing, this time on the very country who host its occupation forces, invaded by it. The president of this country of criminal leadership has asked the world to reject Huawei because it is a ‘security risk’. No wonder the world rejected it. It is now clear China will get rid of the dependency on American tech. It will succeed as surely as all the marvelous things it has done over the past few decades. This will be a giant loss of business to the U.S. tech business. A loss that cannot be made up. The CEOs of these companies know who is the one who started this historic act of self-destruction. Just as the world know who have destroyed so much of Boeing, yet blamed it on pilots. The Boeing CEO is fired, soon the CEO of U.S.A will see same fate. Will Huawei be allowed to enter the U.S. market by the next president? It does not matter – Huawei won’t go. Because America does not deserve Huawei.

nick johnson (Youtube): Great news coverage I would be so good if Huawei would be able to send Flagship, software updates and let us pray like having voice control options that you can get on your phone from HUAWEI. Like on the p30 pro I would be so cool and the mate 30 Pro