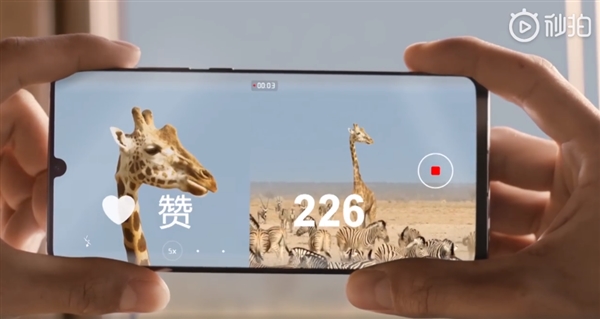 
At the end of last month, Huawei’s official demonstrated the new features of the Huawei P30 series in the camera–“Dual Scene Recording”, which displays panoramas and close-ups through two-screen display.

Today, this feature has been officially launched, and many Huawei P30 series users have received system updates.

Dual-view video, as the name suggests, is strongly related to video and uses two viewfinders for recording. And these two viewing angles do not need to be switched back and forth, and can be displayed on the same screen.

It is reported that the reason why Huawei P30 series can achieve dual-view video function is because it can get wide-angle lens and telephoto lens support in hardware, combined with the algorithm to form a huge contrast in perspective.

Taking into account the current short video and VLOG, Huawei’s addition of this feature to the P30 series will undoubtedly help many short video bloggers and vlogers to shoot more interesting videos.

Huawei P30 series products were released in China on April 11th, including Huawei’s P30 rear-mounted 40-megapixel ultra-sensitive Leica three-shot, while Huawei P30 Pro was upgraded to Leica four. Although the camera parameters are different, they all support dual-view recording.