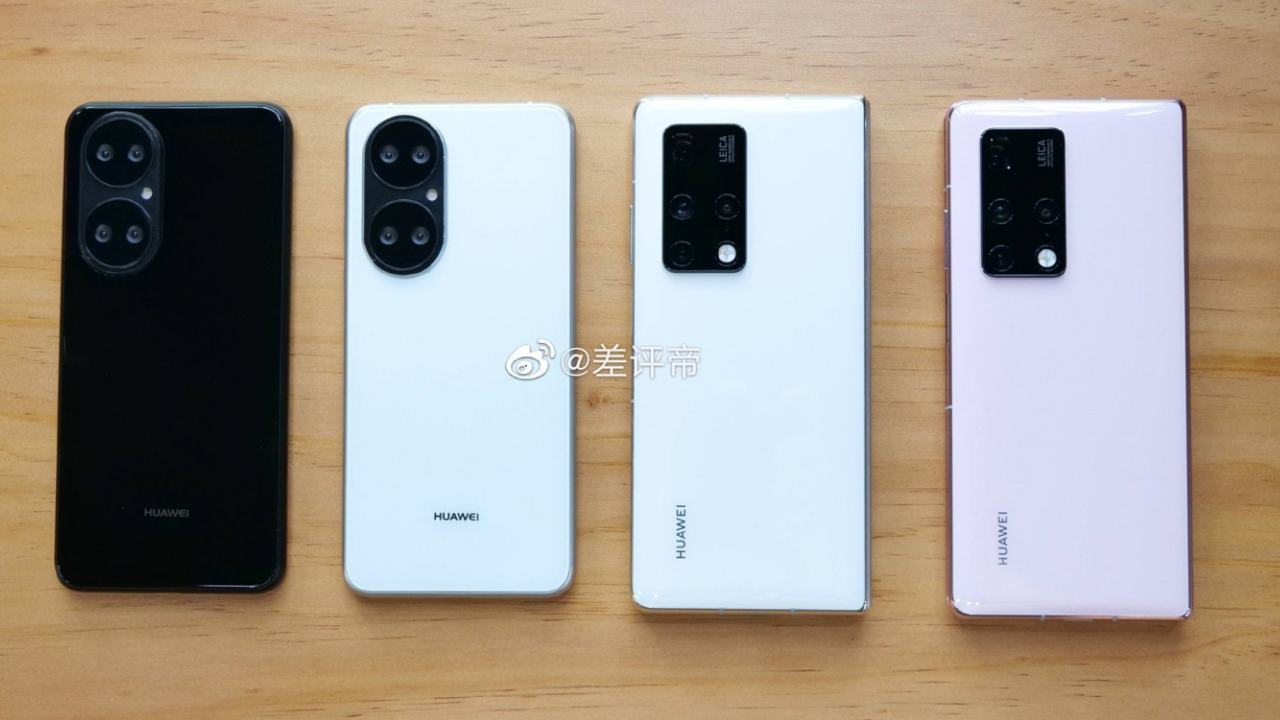 
Huawei’s new P50 series is expected to be released in June this year alongside new HarmonyOS powered devices such as the Huawei MatePad Pro 2 and Huawei Watch 3.

The production of the Huawei P50 Pro+ may delay further due to the lack of component supply and may be available later compared to the P50 and P50 Pro.

The tipster has shared Huawei P50 in white and black colors alongside the Huawei Mate X2 foldable phone. On the top side, it contains IR Blaster, secondary mic, secondary speakers, and on the right side, it has volume adjustment keys as well as the power button.

Earlier report suggests that the Huawei P50 features a 6.3-inch display with a flat design on the back and front side, the device measures 156.7 x 75. 8.3mm including the rear camera bump.  Huawei P50 lineup will be powered by the 5nm Kirin 9000 processor and will come pre-equipped with the HarmonyOS software system.