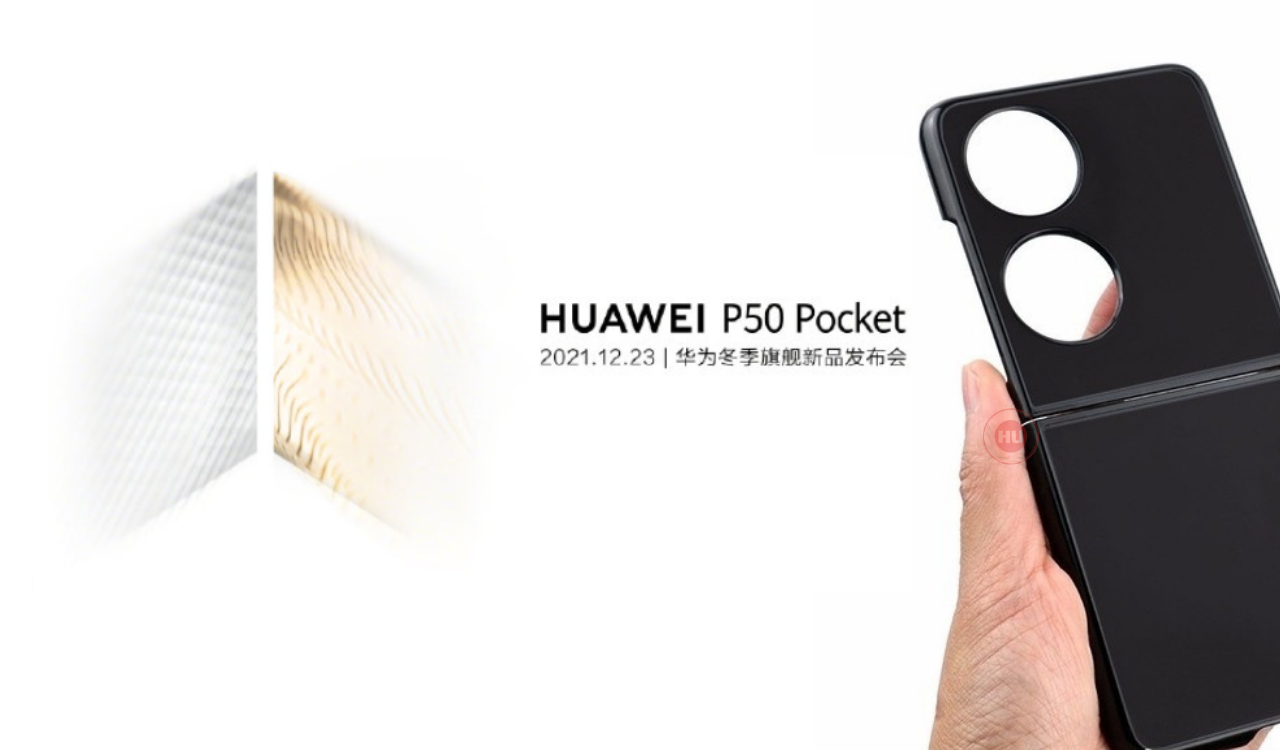 
Yeah, you heard it right! Huawei P50 Pocket folding phone is officially coming on December 23, the company has announced that it will hold the Huawei Winter flagship new product launch conference with the theme “Light and shadow intertwined, symbiosis of all things”.

The official poster shows that the new phone is called Huawei P50 Pocket, and the Chinese name may be “Huawei P50 Treasure Box.” Combining previous rumors and the picture on the left side of the poster, the phone is a folding-screen phone. It will adopt a vertical folding design, and it will be available in white and gold colors.

Earlier rumors and leaks suggested that this folding phone was called Mate V. It seems that the news is not true. In addition, pictures of the protective case of the phone that have been leaked on the Internet show that the phone uses a flip-up design with two circular openings on the back, similar to the Huawei P50. The upper right frame of the phone is the volume and power button.

In addition to the new folding screen phones, it is reported that Huawei will also bring Watch D smartwatches that support blood pressure measurement, ink screens, Bluetooth glasses, and other products at the conference.