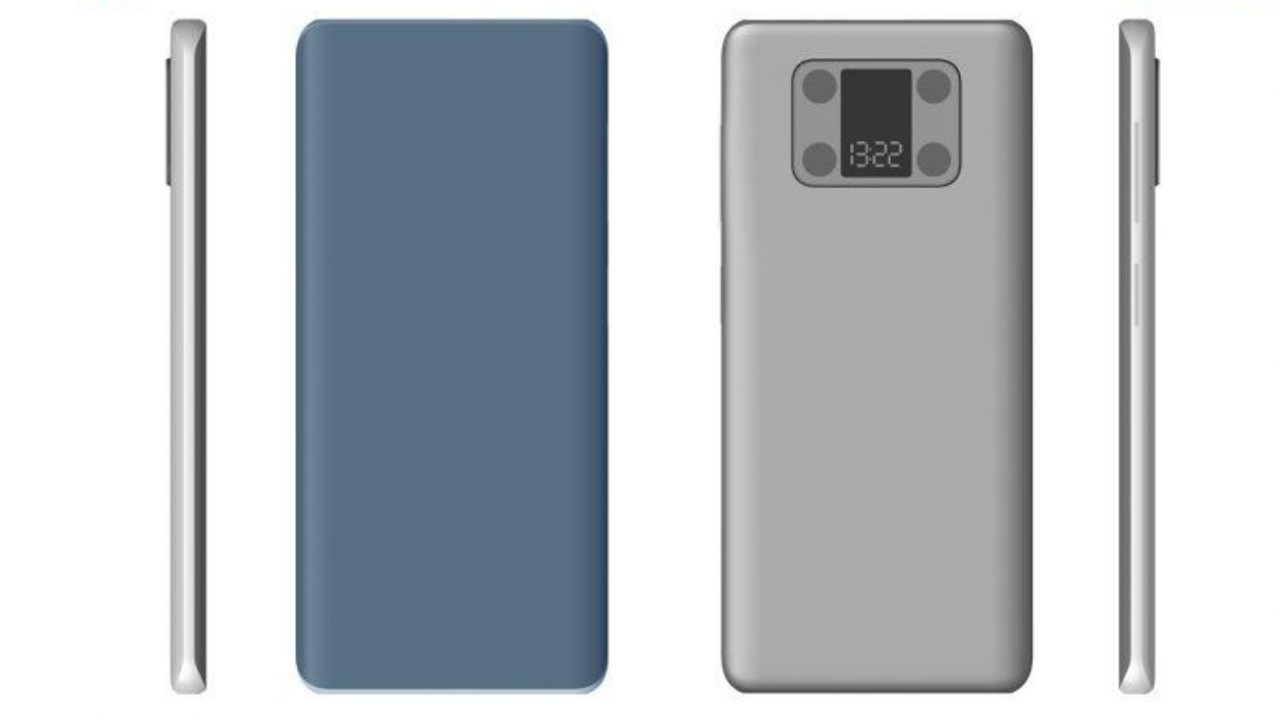 
Despite the ban, Huawei performing well in the global market. Huawei is known for releasing the best camera every year with advanced camera technology. The high-end models within the P-series and Mate series have been equipped with high-quality Leica optics for years.

According to the new patent discovered by LetsGoDigital, Huawei might place a small screen around the camera system on the back of the device.

Earlier this year, Huawei Technologies filed a design patent with the CNIPA (China National Intellectual Property Administration). The patent was approved on August 14, 2020. There are a total of 27 product images show an extremely modern smartphone.

The patented Huawei phone has an extra mini display, which is mounted on the back around the quadruple-camera system. This screen can show the time and many other features. Currently, we are not sure about the features that the company will display at the back of the smartphone.

According to the image below, there are three designs, the models differ only in terms of camera system/display. In the first design, the camera system is placed in the middle of the housing, with the display between the cameras. This creates a beautifully symmetrical whole. With this model, the screen is also the largest, so that in addition to the time, some icons could also be displayed.

The top of the patented Huawei phone is free of buttons and ports, the bottom shows a double speaker with a USB-C port in between. In addition, there are two physical buttons visible on the right side, with the top one you can adjust the volume and below that is the power button.

At front, it seems there are virtually no screen edges visible. It is a full-screen phone with beautifully rounded screen edges. Perhaps it is a quad-curve overflow display, as was used with the Huawei P40 Pro (Plus) earlier this year. In any case, it can be concluded from the design that it is a high-end smartphone. Possibly the Huawei P50 Pro expected next March?