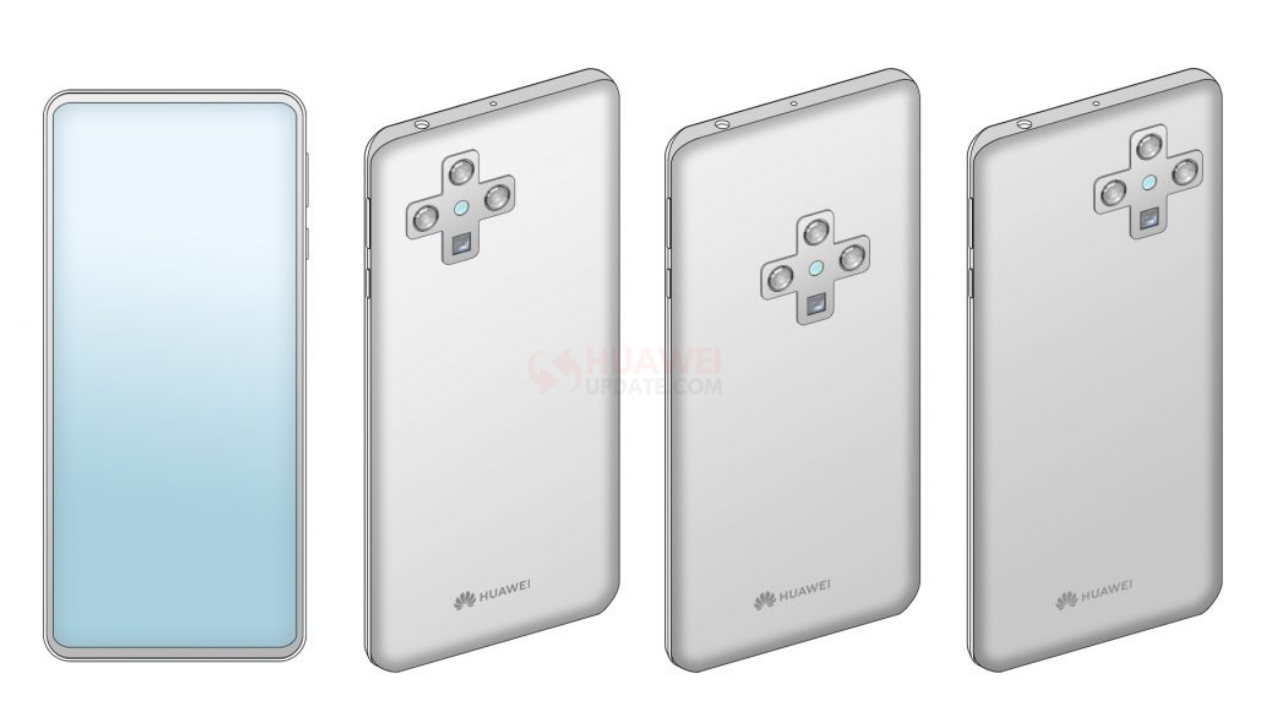 
Huawei Mate 40 Series is expected to release in next month. The Mate 40 and Mate 40 Pro seems to have a dual hole-punch camera, comparable to the P40 Pro (Plus).

Recently, a Huawei smartphone with 5 cameras and an under-display selfie camera listed by LetsGoDigital. Now, there is another smartphone patent similar to the previous one. The front, top, and bottom are identical to last week’s model. Only the camera system on the back looks clearly different.

In October 2019, Huawei Technologies filed a patent with the CNIPA (China National Intellectual Property Administration). The documentation, consisting of 24 product images, was released on September 18, 2020.

According to the patent images, this new smartphone features a full-screen design with narrow screen edges. The device has a beautifully rounded waterfall display and fairly round corners. There is no selfie camera visible, this device is probably equipped with an in-display camera.

To recall, Huawei was one of the first manufacturers to introduce a smartphone with a hole-punch camera, the Nova 4, in 2018. There have been rumors for some time that Huawei is also developing a phone with an under-screen camera. Nevertheless, the expected Mate 40 (Pro) does not seem to have such a selfie camera yet, instead a double hole-punch camera is most likely used.

It concerns a quad-camera system, which are positioned in a cross-shape from each other. The flash is placed in the center. The bottom camera lens has a square design, which indicates that this is a periscopic zoom camera. The other three camera lenses are identical in size.