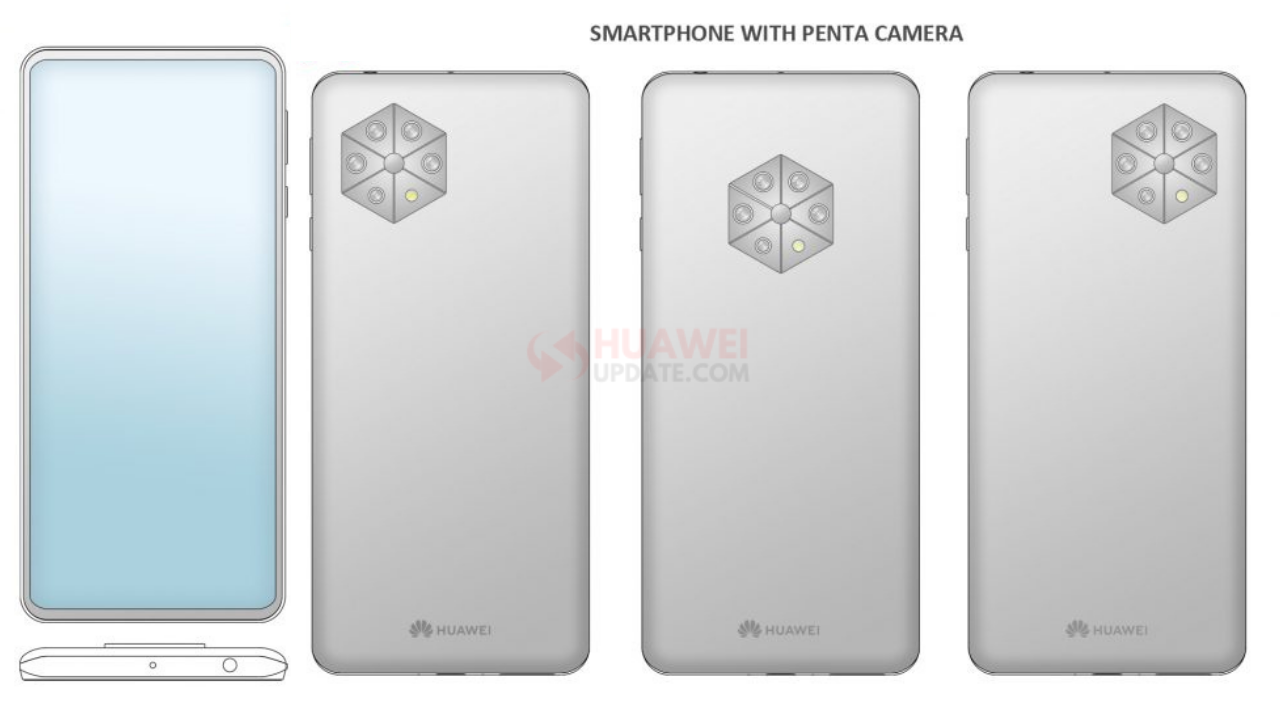 
Huawei had applied for a patent for a double-sided phone with a wrap-around display mobile phone. Now, Huawei has another new patent for the appearance of mobile phones. Huawei applied for the patent to CNIPA (China National Intellectual Property Office) in October last year. The patent consists of 24 product sketches, which were released on September 11, 2020.

The patent shows that this Huawei phone uses an under-screen camera design, narrow four borders, no gaps on the front, and no punch-hole or pop-up camera design. There are five cameras on the rear of the phone, which are in a diamond (Hexa) shape. The picture shows that this phone has three “model variants”. The rear camera positions of the three phones are different. One is in the upper left corner of the phone, one is at the top of the center, and the other is in the upper right corner of the phone.

The left side of the device is free of buttons. An elongated button is visible on the right side, with a smaller physical button directly below it. Presumably, these are the volume keys and the power button. At the bottom is a USB-C connection to charge the device. A speaker is also visible here. A microphone is placed on both the top and bottom. In addition, the top appears to have a 3.5mm headphone jack.