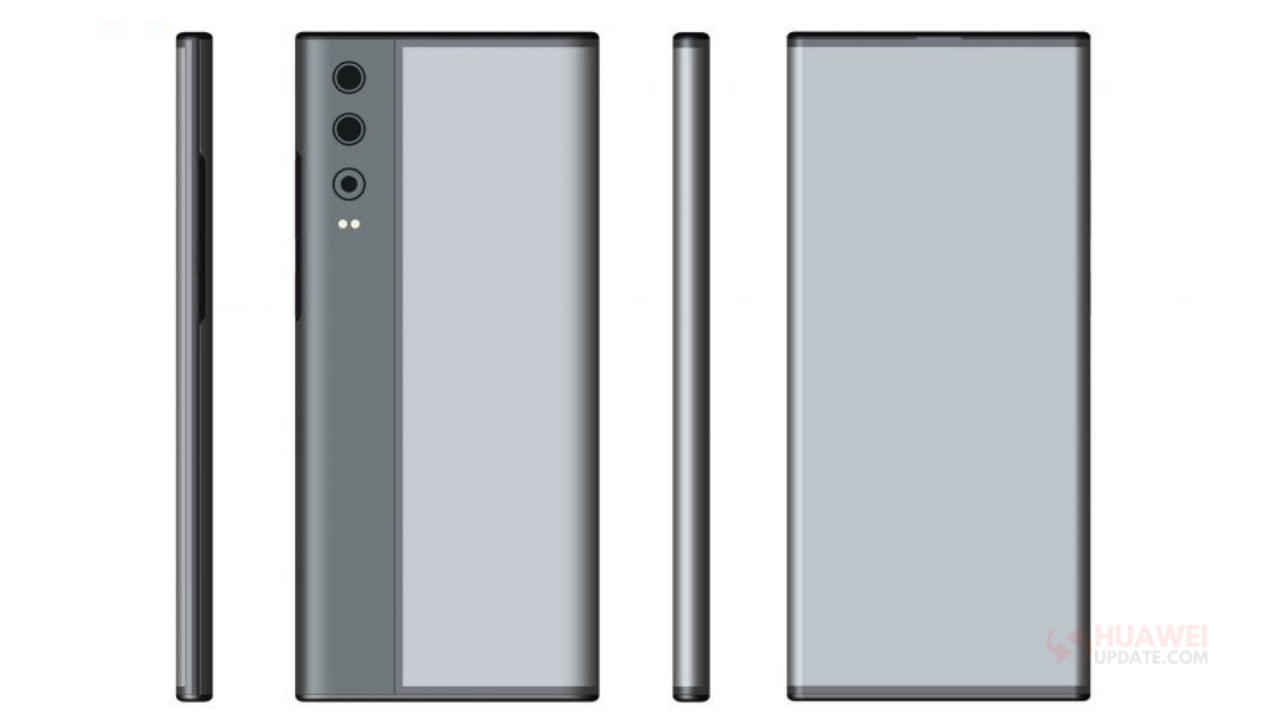 
According to the new patent found on LetsGoDigital, Huawei is on its way to bring a double-sided phone with a wrap-around display in the background. As per the patent image, it looks like the company seems to be using the Mate X as inspiration for this.

Huawei smartphone with a wrap-around screen:

Huawei Technologies filed a design patent with the CNIPA (China National Intellectual Property Administration) In mid-March 2020 which was published on 11 September 2020.

The patent image shows the design is quite similar to the Huawei Mate X but it is not a foldable smartphone, this new smartphone will be a double-sided smartphone. The front is almost borderless. The screen extends to the rear via the left side, also called a wrap-around screen.

Moving to the rear/backside of the smartphone it consists of approximately 60% to 70% screen surface, the remaining space is occupied by the triple camera system. The screen partly continues on the right side, as we know from existing edge displays. The patented Huawei smartphone is shown in two colors; an anthracite gray and a silver color scheme.

For now, we cannot mention any confirmation regarding this new design whether Huawei actually intends to release a wrap-around smartphone.