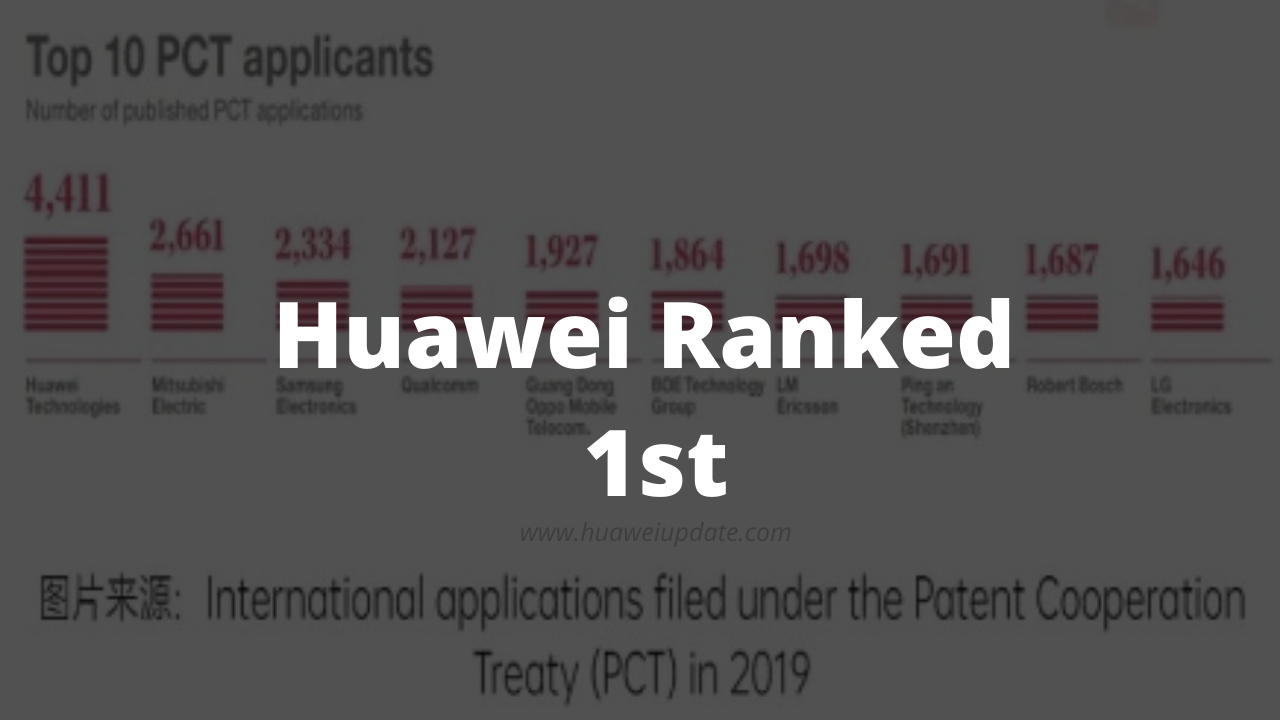 
According to data released by the World Intellectual Property Organization, from 2017 to 2019, Huawei has been ranked first in the number of PCT patent applications by enterprises worldwide for three consecutive years.