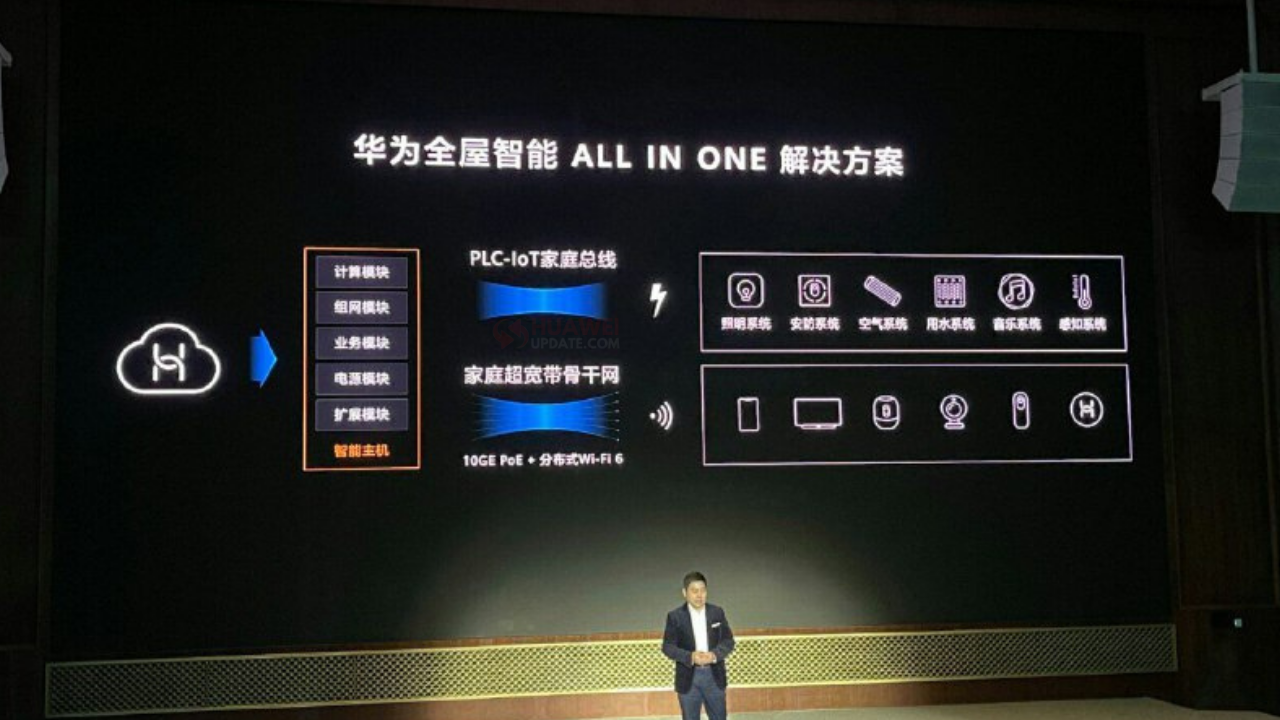 According to Yu Chengdong some of the existing smart homes are pseudo-intelligence the company will improve traditional networking, experience, ecology and channels of the smart home field. The product will work as a family.

Huawei’s whole-house smart system consists of power lines and home ultra-broadband backbone networks, which are integrated through the Huawei Smart Life App. It sounds deeper than the combination of Mijia.

Yu Chengdong: “Huawei smart screens are often new and will not be out of date in ten years”! Relying on the distributed capabilities of Hongmeng OS, the four major functions of smart interaction, cross-screen experience, IoT control, and audio-visual entertainment can be achieved without outdated experience.No wonder the date on the previous warm-up animation has jumped from 2020 to 2030, which is the original meaning.

Also, Huawei’s in-car smart screen is officially unveiled. It is manufactured by DingDiaoPai. It is equipped with an 8.9-inch 1920*720 touch screen, 230ppi, a maximum brightness of 700nit, and a lift-type interactive camera. It supports connection to car audio (Bluetooth, cable connection) and full interface Voice control, currently supports 30+ applications.​​​