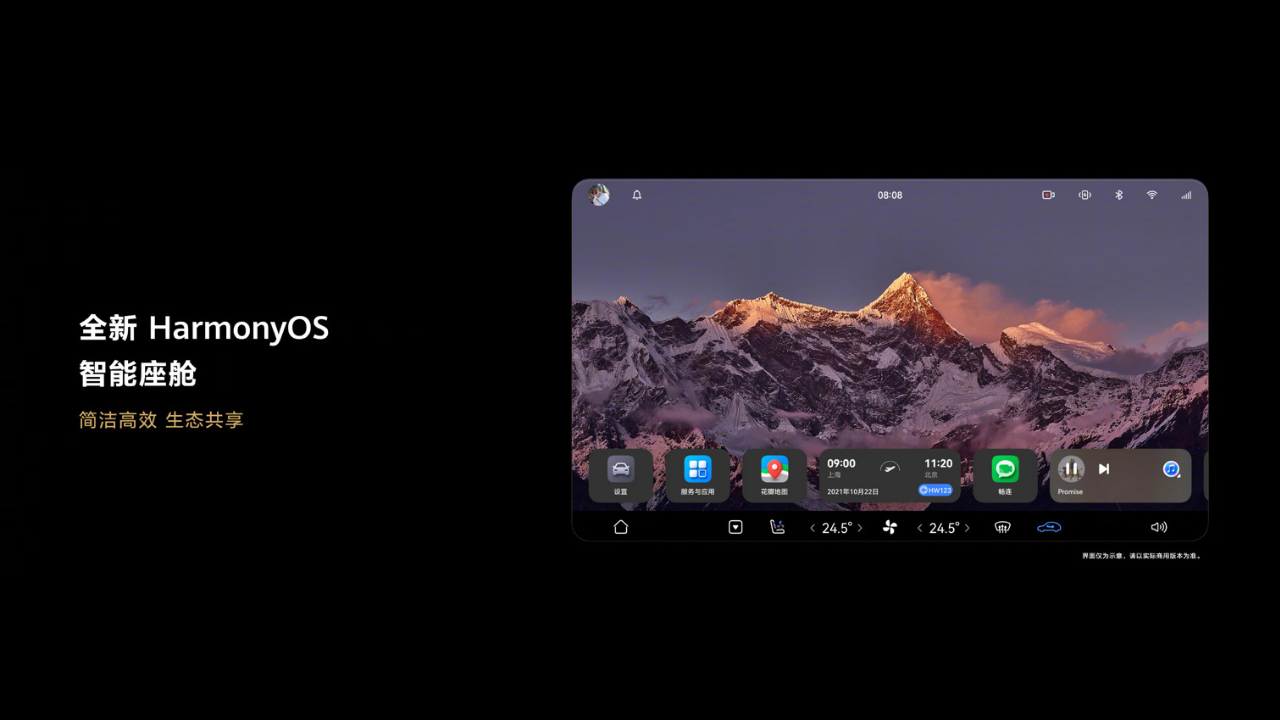 
At the Huawei HDC 2021 Developers Conference, the company has said that the HarmonyOS became the fastest-growing terminal operating system, a total number of over 150 million devices. Huawei announced that the first HarmonyOS cockpit car will be released by the end of the year .

The most important aspects of the new four modernizations of smart cars are intelligence and connectivity, and HarmonyOS will allow cars to reach a new level of intelligence.

Huawei’s executive director, consumer business CEO, and smart car solutions BU CEO Yu Chengdong revealed in his speech that it is expected that at the end of this year or early next year, the new generation of luxury mid-size SUVs released by Xiaokang Cyrus will be equipped with a smart cockpit based on HarmonyOS . Huawei hopes that through the Hongmeng system, the user experience of the smart cockpit will surpass that of other manufacturers around the world.

Wang Jun, president of Huawei Smart Car Solutions BU, revealed that the HarmonyOS-A smart cockpit operating system is currently the only open cockpit system and will begin to be installed this year.

In addition, based on the HarmonyOS car-machine system, Huawei has developed in-depth cooperation with more than 80 hardware and software partners. Efforts to change the current situation of cockpit system hardware solidification, fewer applications, and slow upgrades, and jointly define hardware interfaces to achieve plug-and-play hardware, replaceable upgrades, and diversified hardware interconnections, and open to applications through API interfaces. Develop a cockpit system with full-scene coverage and multi-device coordination to provide consumers with personalized, intelligent, and diversified service experiences.