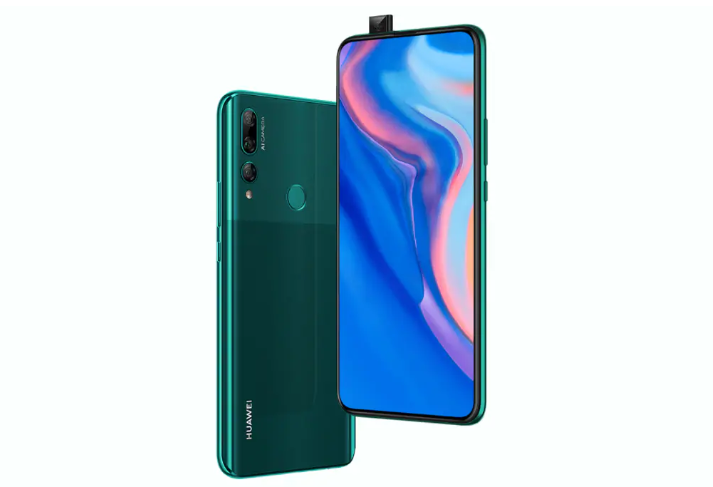 
The Huawei Y9 Prime 2019 price in India has been set at Rs. 15,990 for the lone 128GB storage variant. The phone will be available for purchase in Emerald Green and Sapphire Blue color options.

Specifications of the Y9 Prime include a 6.59-inch Ultra FullView LCD with a resolution of 1080 x 2340 pixels. With no notch and minimum bezels at the front, the Y9 Prime has a screen to body ratio of 91 percent.

In terms of camera, the Y9 Prime features a triple rear camera setup with a 16MP f/1.8 primary sensor. The other two sensors include an 8MP ultra-wide lens and a 2MP depth sensor.

For selfies, there is a 16MP pop-up camera which elevates within a second and has fall detection feature.

Under the hood, the Y9 Prime gets a Kirin 710F chipset paired with 4GB of RAM and 128GB internal memory. Storage can be further expanded up to 512GB via microSD. There is a massive 4,000 mAh battery with support for 10W fast charging via USB Type-C.