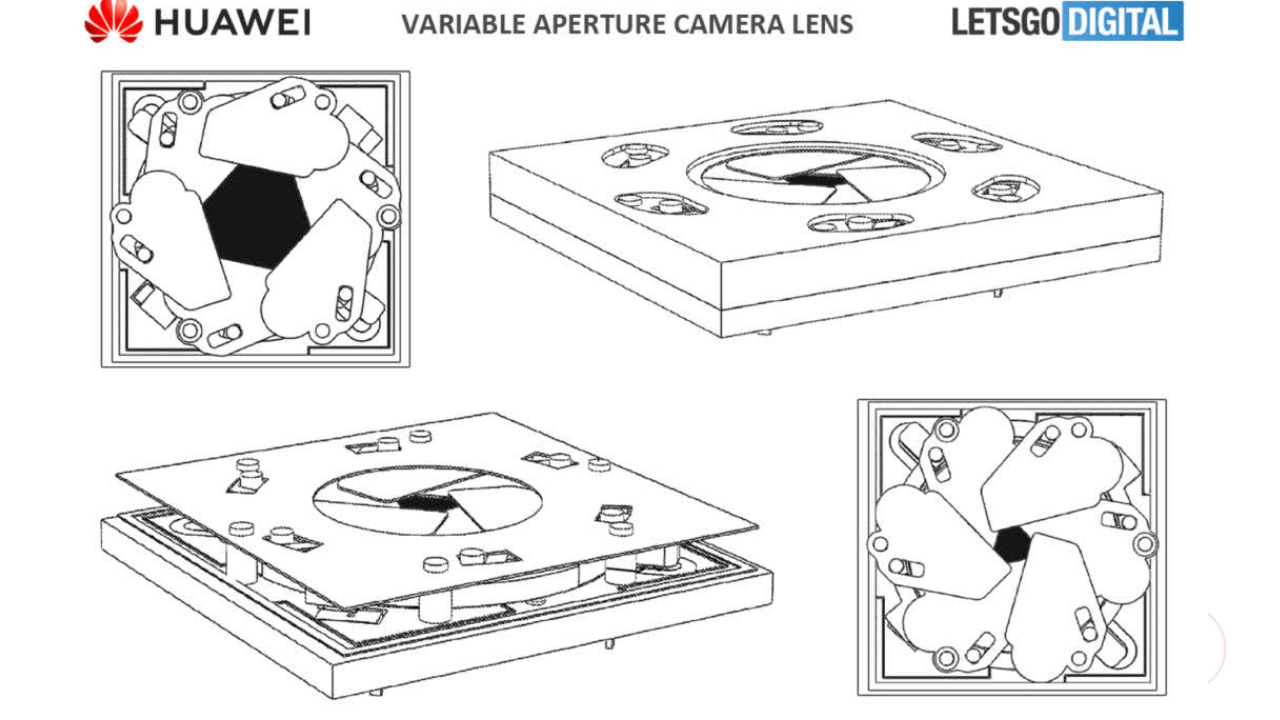 
Huawei is well-known for bringing its top models including the P series and Mate series phones for a long time, with a state-of-the-art camera, which is designed in collaboration with lens manufacturer Leica.

Earlier this year, Huawei Technologies filed a patent with the World Intellectual Property Organization (WIPO). The documentation titled “Aperture, Camera module, and Electronic Device” was released on August 19, 2021, and details how Huawei plans to equip future smartphone cameras with a variable aperture.

The Chinese manufacturer seems to want to apply similar technology that is also used in advanced system cameras: diaphragm blades, in order to be able to adjust the light entering the camera. To visualize the patented technology, the talented graphic designer Technizo Concept has brought Huawei’s new design to life in a series of 3D product renders.

If you are wondering to know about what is the diaphragm? then the LetsGoDigital comes up with the patent image and explanation. The aperture is the opening in the lens of the camera, by being able to adjust it (make it variable) more or less light can enter the camera. Thus, the depth of field and exposure in the photo can be accurately controlled.

The following applies here; the wider the aperture (expressed as a low F number), the more blurred the background. Even in the evenings when there is little light available, a large aperture can offer a solution to allow sufficient light to pass through. With a large aperture, more light simply falls on the camera sensor, so there will also be more overexposure. This can again be compensated for using the shutter speed and ISO value.

As per the patent information, Huawei wants to use at least 6 aperture blades, which can slide over each other to create a larger aperture. By using aperture blades, the amount of light reaching the camera can be adjusted.

The documentation describes that Huawei wants to apply similar technology as in a system camera. However, because a smartphone is significantly smaller, there is no space in the housing to use an ultrasonic motor or a stepper motor – as is the case with digital system cameras. Instead, Huawei wants to use a miniature driver, which is supported by a drive coil and a drive magnet.