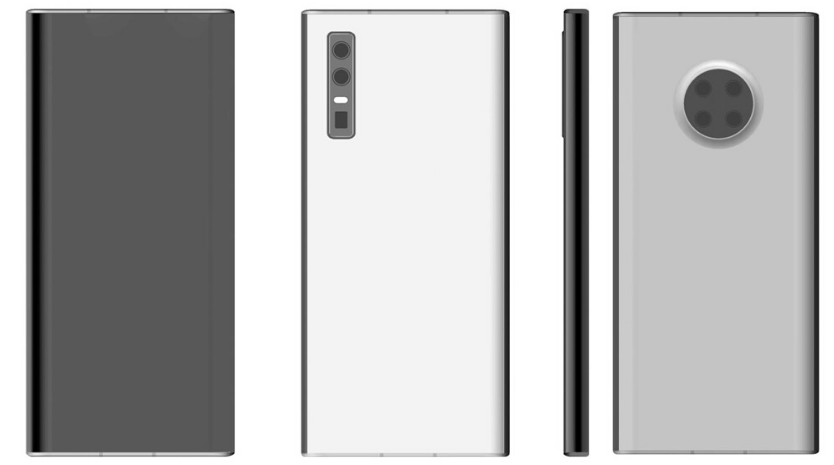 
According to the LetsgoDigital report, Huawei smartphone contains two new patents, one is a new ultra curved edge mobile phone design, and the other is an under-screen camera. These two patents were applied for by CNIPA (China National Intellectual Property Office) on October 28, 2019, and published on June 2.

The patent images show a phone with an ultra curved edge display that indicates a curve layout, as like Mate 30 Pro. The frame includes no physical volume adjustment keys and only has the power button on the side.

The first image shows, Vertically placed triple-camera including a periscope telephoto lens for zoom, and the second image shows, the devices have a circular shaped camera design, which includes four cameras without periscope zoom, as the Mate 30 pro.