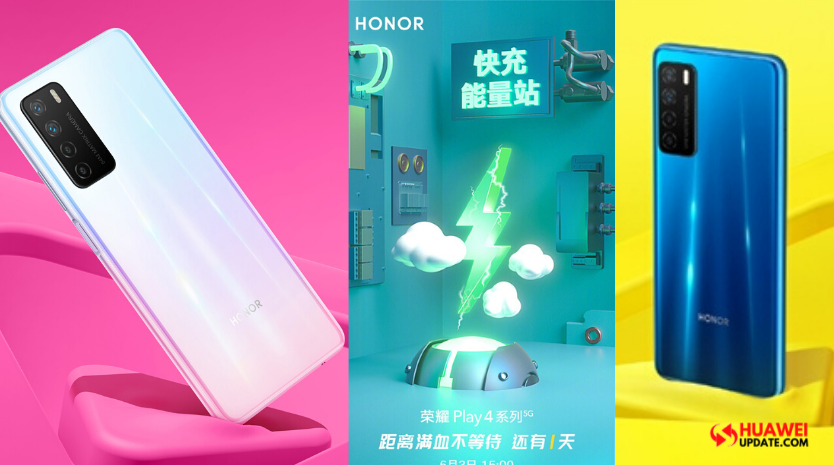 
Honor officially announced through the Weibo that the Honor Play 4 to be released on June 3 will support 40W super-fast charging.

The Honor Play 4 series will be available in at least three color options, namely black, blue, and white. In addition, the smartphone is equipped with a vertical rear four-camera setup, combined with the previous report, 64 MP + 8MP + 2 MP + 2 MP.

In addition, according to the exposure parameters, the Honor Play 4 will use a 6.81-inch FHD+LCD single-punch screen, equipped with a 2.0GHz 5G processor, a battery with a rated capacity of 4200mAh, and a 3.5mm headphone jack.