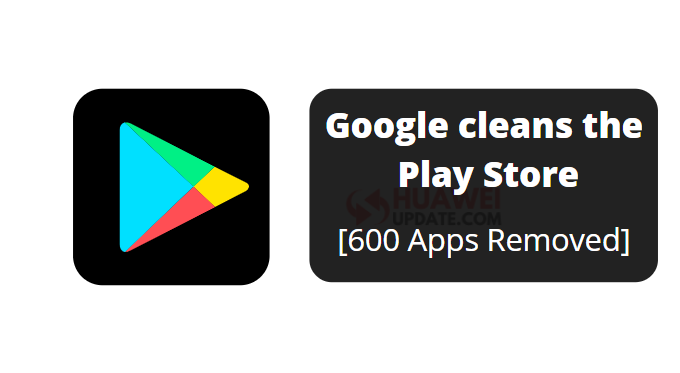 
600 apps were removed from the Play Store. One of the main reasons is to remove them is overly intrusive advertisements. Most of the banned apps come from China, Hong Kong, and Singapore. And once again there are apps from Cheetah Mobile, which had already attracted negative attention several times in the past.

In the future, developers of such apps will also have a much harder time publishing their apps on the Google Play Store.

Using newly developed technologies based on machine learning, users are to be protected from such apps.

“As part of our ongoing efforts — along with help from newly developed technologies — today we’re announcing nearly 600 apps have been removed from the Google Play Store and banned from our ad monetization platforms, Google AdMob and Google Ad Manager, for violating our disruptive ads policy and disallowed interstitial policy,” said Per Bjorke, Senior Product Manager, Ad Traffic Quality in a company blog post.

Last year, Google banned another publicly traded Chinese developer, CooTek. This took place after BuzzFeed News and a security company provided evidence that CooTek had bombarded users with disruptive ads even after telling Google it had stopped.