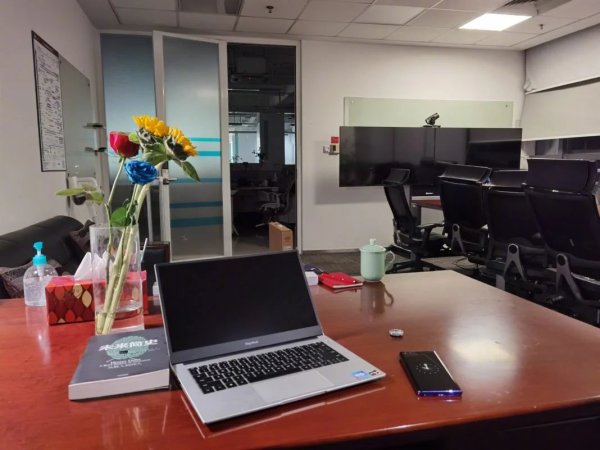 
Honor’s George Zhao posted a photo of his office on Weibo. According to the image, the photo itself was taken with the HONOR X10 as the message from George Zhao (Sharing Model Name).

The flowers could refer to the camera, Sony IMX600Y RYYB sensor. (Red, yellow, yellow and Blue).

In the above picture we can see HONOR 30 pro there is a bottle cap, this refers to a pop-up camera, the 9X released several videos where they used the HONOR 9X camera to open a bottle. Left to the laptop is a book with a fingerprint printed on the cover, with this indication they expect an in-screen fingerprint scanner.

On the HONOR 30 Pro, we see a clock that is at 10 o’clock. This could refer to an OLED screen. But according to the TENAA listing, it is said to come with an LCD screen. This will be clear at the official launch event.

On the desk is a magic book 14. But in the background is an Intel box. From this, we conclude that there is a new magicbook with a 10th gene. Intel processor.