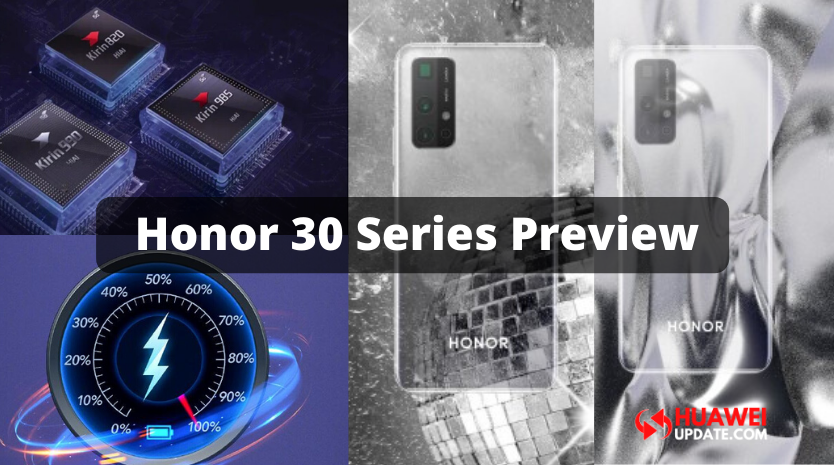 
The Honor 30 series release date is fixed, as the phone is set to be announced on April 15, there will be three models Honor 30 Pro Plus, Honor 30 Pro and possibly also the lower-end Honor 30. Before that, a number of leaks and rumors have already emerged.

Of course, Honor is owned by Huawei, which means its phones face the same major issue – namely a lack of Google apps and services, including access to the Google Play Store.

The Honor 30 series to be equipped with dual speakers (Huawei Histen sound effects).

According to a well-known tipster (Onleaks), the Kirin 985 processor will allow the use of the largest image sensor of the mobile industry.

I just heard #Kirin985 which will allow the use of the largest image sensor of the mobile industry (see previous Tweet) will likely be unveiled on April 15th and power at least one of the upcoming #Honor30 Series model… pic.twitter.com/LwzTd6qYhW