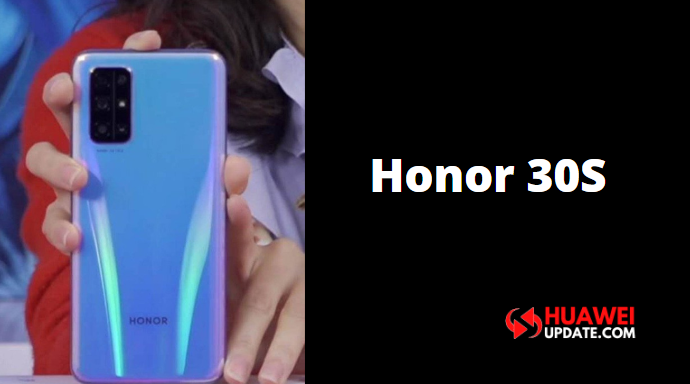 Today, the Honor 30S live image has been leaked online. Take a look below,