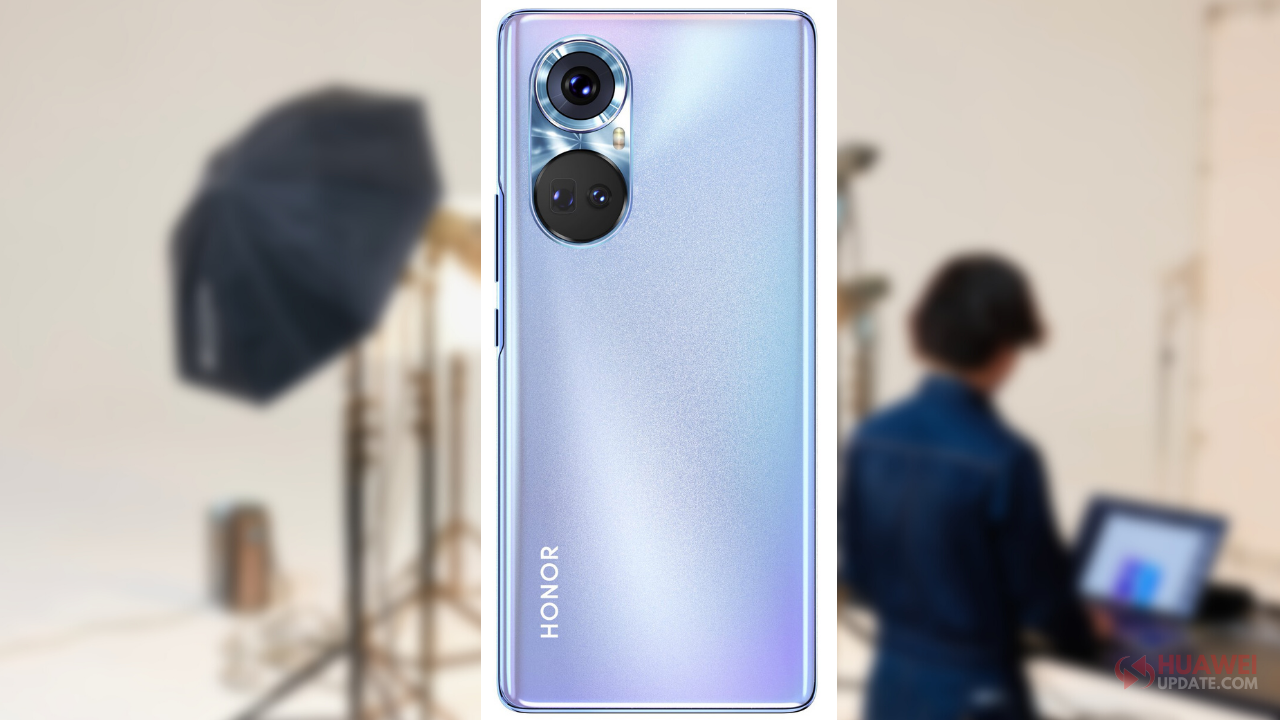 
According to the Weibo tipster, Digital chat station, the new Honor 50 series will be released in early June. It is currently tentatively scheduled for early June, but the specific time has not yet been determined.

Recently, a photographer from Tianyi Qianxi shared a photo of the shooting on his personal Weibo, in which a backside photo of a new phone appeared. Most digital bloggers called it Honor 50 series, but it does not rule out the possibility of new Huawei P50 or nova phones.

In addition, the rendering of Honor 50 on the internet appeared, the color of this series of models is similar to “Sky Realm”, with AG matte technology, and a 1+2 double-ring three-camera design on the back. It shows the dual ring camera design at the rear side including the main Camera, Periscope lens, Ultra Wide lens, and there is no camera branding.

According to previous reports, the Honor 50 Pro+ is equipped with the Snapdragon 888 flagship chip, with a 50-megapixel rear four-camera, and the rear camera module also uses an upper and lower ring type.