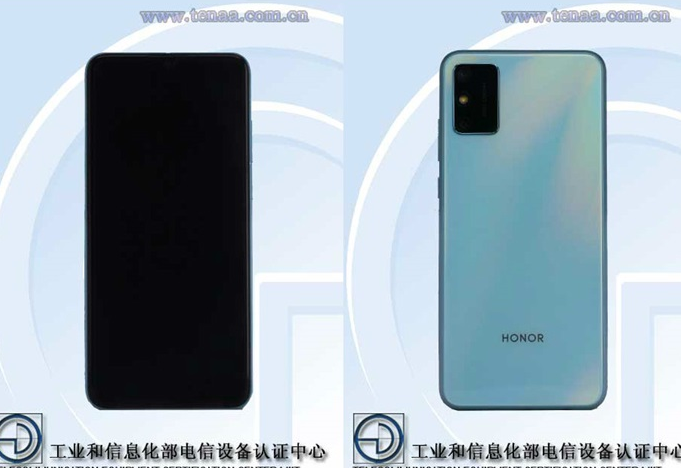 
Honor new smartphone with model number MOA-AL00 is spotted in TENAA. According to the details, this phone has a matrix rear camera layout and a water drop in the front.

According to the “Certificate Photo”, the Honor phone MOA-AL00 has a waterdrop screen at the front, the rear camera shows a matrix design with at least two cameras and a flash, with the “HONOR” logo below; in addition, we cant see the fingerprint sensor on the back and side of the phone, so it may be equipped with an under-screen fingerprint. Apart from these specs, detailed configuration information is yet to be officially announced.