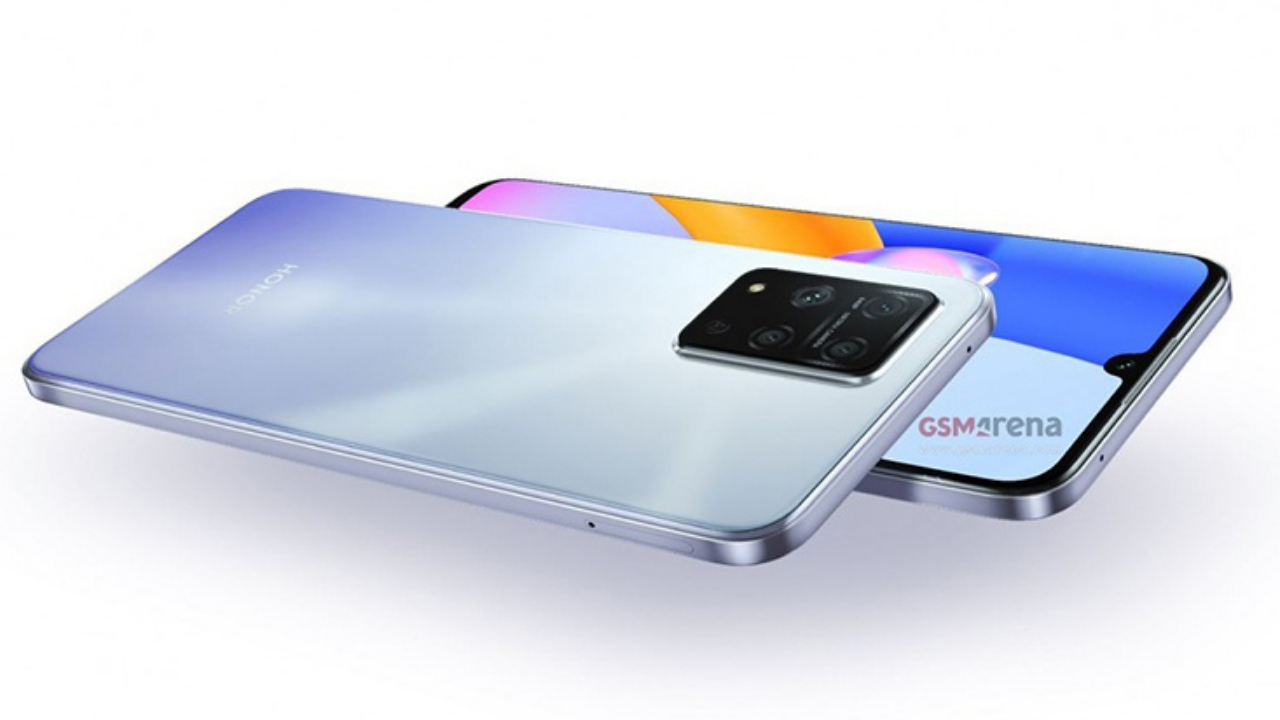 
Honor as an independent brand successfully launched V40 smartphone on January 22. The Honor V40 phone is equipped with an 80° large-curvature waterfall screen, supports 1.07 billion color displays, 50MP  ultra-sensitive main camera, and the device is powered by a Dimensity 1000+ processor.

Now, according to the GSMArena report, Honor to launch another Play 5 smartphone in May this year. The appearance and some specifications of this phone have been revealed.

The front of the Honor Play 5 is to get a waterdrop screen. The middle frame is a flat solution rather than a curved one. Weibo tipster, digital chat station also revealed the relevant specs of this phone. The Honor Play 5 uses 6.53. inch OLED screen, FHD resolution, built-in 3800mAh battery supports 66W fast charge, the camera uses the rear upper left corner matrix four-camera design. The 64MP camera will be joined by one 8MP (likely ultrawide) and two 2MP (likely depth and macro) units. The smartphone will be 7.46mm thin and weigh 179 grams. It will be fueled by a 3,800 mAh battery, which will likely charge through a USB-C port..

The previous leak prototype of the Honor Play5 used MediaTek’s Dimensity 800U. It is unclear whether the production version of the SOC will be upgraded in specifications, and whether the infrared temperature measurement function on the Honor Play4 Pro will continue on the Play 5. There are doubts, of course, whether the price can be cost-effective or not can only be announced after the official release.