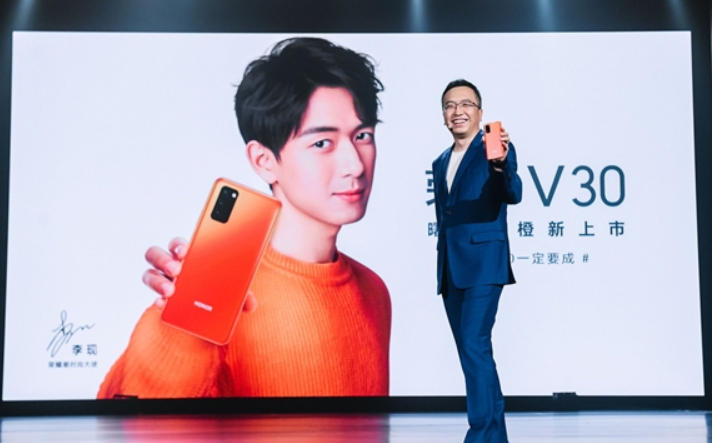 
At the Honor event on December 22. The company introduced Honor V30 smartphone new color i.e Dawn Orange. The company has announced the Honor V30 series at the launch event in China last month.  These smartphones launched under the V series are an upgrade version of Honor V20. Kirin 990 chipset has been used as special features in these, which comes with 5G support. Apart from this, punch-hole display and 40 megapixel primary camera have been given as special features in the phone.  At the same event, it also announced the Honor MagicBook 15, Honor Magic Watch 2, Honor Flypods 3 and Honor Hunter Gaming Router. Also, these two devices the Honor V30 and Honor V30 Pro are the first phones to arrive with support for 5G connectivity.

The specifications and price of the Honor V30 Dawn Orange color variant are the same as previously launched versions.